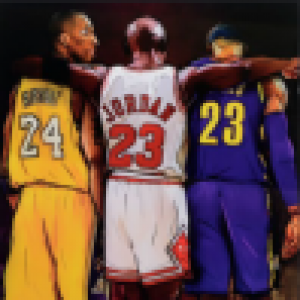 Golden State is the most physically and mentally put-together team I’ve seen so far this season. Chemistry is often expressed within the offense, and although the Warriors have a very meshed offense, their defense has been equally united. They are playing team defense instead of individual defense. They communicate remarkably and this aids to their tremendous defensive rotations. On July 25th, I wrote an article that depicted the Warriors’ quest for veteran players. This request was primarily displayed by Steph Curry and Draymond Green, as they wished to return to the ways of their team that won the championship. Smart, tough, physical guys. They might’ve added Andre Iguodala, Gary Payton II (Warriors are +95 in his 129 minutes this season, which translates to an offensive rating of 122.7 and a defensive rating of 88.7), and Otto Porter Jr., but other than that, not much veteranship was obtained by the organization. It’s been younger guys like Juan Toscano-Anderson, Gary Payton II, and Jordan Poole (offensively). The chemistry this team has is fascinating and goes to show how good of a coach Steve Kerr is and also how these players have connected on and off the court. This connectivity has led to their overall success.

One player that is not receiving enough credit towards the success of the team is Juan Toscano-Anderson. Undrafted, this is Toscano-Anderson’s third year in the league and with the Warriors. It’s been a long road for him, as he was signed to a 10-day contract, released, then was signed for the rest of the season (in February) and released again at the end of that season. Two days after he was waived, the Warriors give him a two-way contract. Almost 5 months later, Anderson’s contract was converted into an NBA contract. He’s proved that he belongs, and the lack of credit he receives is why I want to point him out. Defensively, he is one of the best on the team. He can guard positions 1-5, as his strength allows him to guard bigs, and his lateral quickness enables him to keep up with quicker guards.

This team is one of the most (if not the most) welded together teams in the NBA, and it’s showing in their play. That play is then transferred to their record, 11-1. However, their recent showing doesn’t mean this is the team we’ll see all season. As Iguodala put it, “We’ve had a more favorable schedule, so I don’t think you look too much into it. We’re doing what we’re supposed to do.” Now, as Iguodala stated in the interview, it does take talent and grit to grind out the games you’re supposed to because there is a lot of talent in the league. In the team’s first two games, they faced the Lakers and Clippers, the only two teams with a record above .500. Since then, they have faced the Thunder twice, the Kings, Grizzlies (who they lost to), Hornets, Pelicans, Rockets, Hawks, and Timberwolves. Upcoming, they will take on the Brooklyn Nets, Cleveland Cavaliers, Phoenix Suns, and Los Angeles Clippers. I have no doubt that Draymond, Iguodala, and Steph will continue their outstanding play, but will Jordan Poole be able to consistently put up solid numbers? Will Juan Toscano-Anderson be able to guard the stars of these greater teams? There are several looming questions above the Warriors’ upcoming 4-game road trip, and I believe that they will continue their great play with minor room for error. The veteran bench assets in Porter Jr. and Bjelica (who is shooting 50% from three so far this season), the defensive instincts of GPII, JTA, Draymond, and Iguodala (don’t forget about Curry!), plus the improvement in play from Kevon Looney makes it difficult to say this team won’t continue being great. Will they maintain their multiple league-leading stats? No, not all of them, but watch out for this team throughout the remainder of the regular season and into the playoffs.