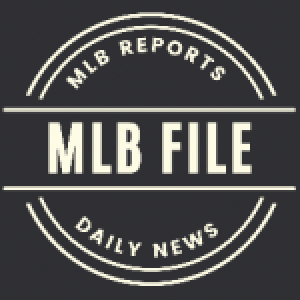 Breaking down the Dodgers run

Well I did the Braves run to the NLCS, so I thought I should do the other team. At the time that I am writing this, the Braves are playing the Dodgers and they are winning 4-1, but LA isn’t out quite yet.

Well the Braves breakdown was more sophisticated than this will be, frankly because there was more to unpack. With the Braves there was a turning point, they were not the team that they are now until a certain point. With LA, they have been good for most of the year. That doesn’t mean there is nothing to breakdown however. In this post, I’ll go over the trade deadline, their ups and downs, and the chaos that ensued in the final days of the regular season.

The Dodgers finished the regular season with a record of 106-56, good enough for second in the MLB. Despite this, the Dodgers were just 20-17 in their first 37 games. Going through their games, this was pretty much the only hiccup they had in their spectacular season. And it’s interesting, normally when I look through games there is some type of consistency. With these there really isn’t, instead the Dodgers were having trouble with bad and good teams alike. They got swept by teams like the Padres and Brewers, who are good teams, and then also get swept by teams like the Angels and Cubs, who finished the year well outside of the playoffs. They just weren’t playing good baseball and I can’t figure out why. The pitching was solid with just a 3.25 ERA in those selected games and the hitting hit the same mark as their season totals, as the team hit .243 through those 37 games. Whatever it was, they quickly got over the hump and began their tear. At the trade deadline, the Dodgers were 3.0 games back of the Giants and had a record of 62-42. At the time, it was one of the best in the league, and the Dodgers would become even better at the deadline. At the trade deadline, there were tons of storylines to follow but probably the most glaring was that of the Dodgers. Already possessing one of the best pitching staffs in the MLB, LA went after Max Scherzer. Not only did they secure the eight time all star, but they also got Trea Turner, an all star shortstop. It bolstered the Dodgers roster to the point where many people began complaining about the power that this roster contained. While I do agree in part, people have to also realize that right now we do not know exactly know the talent they LA gave up. No we might not recognize their names as quickly as Scherzer’s or Turner’s, but with the Nationals acquiring the Dodgers top two prospects among others, the Nationals are setting up for the future. They probably won’t be good for the next 4-5 years, but in some time they could be the powerhouse of the MLB. LA, on the other hand, has invested their stock in the present day, as they are looking to be a good team right here right now. It’s two different approaches based on philosophy and the situation. For the Dodgers, if they are eliminated, it will definitely be a let down of a season. Repeating a championship is one of the hardest things to do, but if there was ever a team to do it then they have it.

That’s my take. How about you?