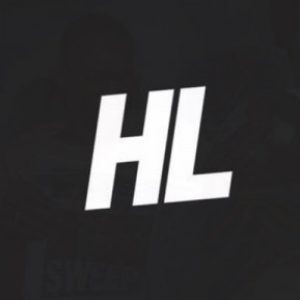 The Boston Celtics trade Kemba Walker to the Thunder in an NBA bombshell. Boston trades Walker, a 2021 first-round pick, and a 2025 second-rounder to Oklahoma City for a reunion with Al Horford. The Celtics also receive a young future star in Moses Brown along with a 2023 second-round pick. The news was first reported early Friday morning by ESPN.

Walker landed in Boston in 2019. During the coming season, the replacement for Kyrie Irving exhibited confidence with his teammates and showed arguably better chemistry alongside his co-stars. However, since Walker’s arrival, he’s dealt with recurring knee injuries. The veteran point guard acknowledged how his performance during the season ensued. “It wasn’t the greatest season for me personally… I’m planning on having a big summer and getting myself feeling good again.”

Walker leaves Boston with two years remaining on his large $140.8M maximum contract. In the trade package, The Celtics cost-cut as they receive a $1.25M and $27.25M contract for Walker’s $35M+ annual salary.

Although Boston assembles a reunion with Al Horford, the primary piece returned in the deal is Moses Brown. The 21-year-old called up from the G-League mid-season is an underrated factor for the Celtics. Just from off the bench, Brown can contribute post-scoring, rebounding, and superior defense. He is a remarkable element gathered by Boston to stand alongside shot-blocking center Robert Williams. Brown is also well-useful for the lack of availability from Tristan Thompson. Brown already crushed records during a shortened season with the Thunder. On March 27, He became the first player with 17 points and 19 rebounds in the first half since Shaquille O’Neal in 1998. Brown finished with 21 points and 23 rebounds in a loss to the Celtics. In a contract breakdown provided by ESPN, the 21-year-old will obtain up to $2M through 2024. Moses Brown aids Boston’s frontcourt at a cheap price.

After Shai Gilgeous-Alexander sustained a tear in his plantar fascia, no part of the Thunder’s roster produced even 60% or higher of their own field-goal attempts. Despite having one of the poorest seasons of his career, Kemba Walker will assist Oklahoma City’s scoring difficulties as he proceeds to conduct grand scoring averages. Gilgeous-Alexander may shift to shooting-guard if the Thunder do not deal with Walker prior to the dawn of next season.