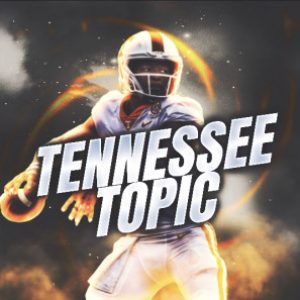 Week 5 of College Football is set to be an exciting weekend full of fun, and entertaining games! Here are some of the biggest games, and who I believe will win.

I’m a big believer in the hype around this Arkansas team. Arkansas has a great offense that is hard to defend. They have already had tons of breakout players such as K.J. Jefferson, Raheim Sanders, And Jadon Haselwood! I believe that they can pull off an upset against one of the nations top dogs. Alabama is a great team don’t get me wrong, but the lack of competition scares me here. This is by far the best team they have faced with the 2nd team being Texas in which Alabama only won by 1 point.

Ole Miss is also a very talented team on the offensive side, but is a little weak on defense. I believe that Ole Miss will be able to contain Will Levis for most of the game and that alone will be enough to get the win at home.

This game just might be the most entertaining matchup all weekend. This will be a pure offensive battle similar to what you seen showcased a week ago from D.J. And Sam. Sam Hartman will be too much to handle for this Florida St team early in the game, and that is the main reason I am taking Wake Forest,

This game is strictly coaching, and home field advantage! The last time these 2 matched up it was in a conference championship in which Baylor won on a goal line stop. I believe the game won’t be that close considering Baylor will have more fans there backing them up. Give me Baylor by 14

This game comes down to which Qb can make more plays, and I believe that Qb will be Devin Leary. D.J. just isn’t consistent enough for me to be completely sold on him. Devin Leary might be one of the most underrated talents in the nation with a great arm that can put the ball wherever he needs! Give me North Carolina State By 7-10 Points.