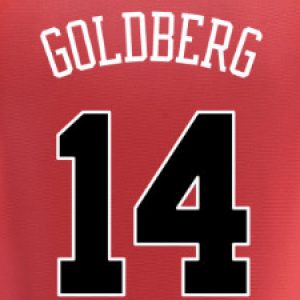 In 2022, after four years of playoff droughts, the Bulls made the playoffs. They finished 46-36 behind All-Stars Zach LaVine and DeMar DeRozan. Despite their strong performance in the regular season, the Bulls lost in the 1st round of the playoffs to the-then defending champion Milwaukee Bucks in five games of a best of seven series.

In the offseason, the Bulls weren’t as busy as some fans wanted them to be, but they made some meaningful moves. The Bulls signed veteran guard and former All-Star Gordan Dragic and veteran big man and former All-Star Andre Drummond. Both players are expected to have a significant role off the bench. On top of that, the Bulls held the 18th pick in the NBA draft. With this pick, the Bulls selected Dalen Terry out of Arizona. Terry is a lengthy guard and a great perimeter defender.

The Lonzo Ball Situation: The biggest “if” on this team is Lonzo Ball. Ball suffered a torn meniscus midway through last season. Although it initially seemed that Ball would be ready for this upcoming season, it was announced that Ball will require surgery and will miss a few months. This is a huge blow to the Bulls.

Ball’s health will be one of the main keys to the Bulls’ success. Fans forget how good the Bulls were before Lonzo Ball got hurt. Lonzo Ball played his last game with the Bulls on January 14th. At that time, the Bulls were in 1st place in the Eastern Conference.

Last season, Ball averaged 13.0 points and 5.1 assists. The majority of his points came from behind the arc, where he shot a fantastic 42.3%. Ball’s 5.1 assists led the Bulls. He was the primary playmaker on the team and the pass-first point guard that the Bulls desperately needed.

Ball’s offensive statistics were great, but he was even more valuable on the defensive side of the ball. Ball is a premier defender. Last season, he averaged 1.8 steals per game (which ranked 3rd in the NBA). When Ball got hurt, the Bulls’ defense dropped from one of the best in the NBA to sub-par. Ball is what keeps the team together.

If the Bulls can have Ball back for even a quarter of the season, that’s good enough for me. The Bulls need Ball to start playing consistent games, so he can get himself and his body back to the flow of the physically demanding NBA.

Patrick Williams: The Bulls selected Patrick Williams with the 4th overall pick in the 2020 NBA draft. Williams was selected because of his defensive versatility and natural athleticism. He has sky-high potential but has yet to unleash it. Bulls fans are hoping that this is the year that Williams breaks loose.

Williams broke his hand early in the season last year but came back for the end of the season and the playoffs. In his career, Williams has averaged 9.2 points, 4.5 rebounds, and 1.3 assists per game while shooting 49.0% from the field and 41.3% from three.

His offensive statistics aren’t too memorable because Williams’ biggest impact is on defense. Despite only being in the league for a short time, Williams is often faced with the tough task of guarding the opposing team’s top player. He has had to guard superstars Giannis Antetokounmpo, Kevin Durant, and LeBron James for a majority of the game. Williams is only 21. His potential is through the roof. He needs to become more confident in the game and start playing like a star. If he can develop like the Bulls are envisioning he will be a key part of the Bulls’ success.

Coby White: Many Bulls fans have been calling for the trade of Coby White due to his lackluster defense and poor consistency. But, the Bulls do NOT need to trade White. He is only 22. The Bulls have to trust that the consistency will come in this game and that he can provide a key scoring role off the bench.

Zach LaVine: LaVine is a two-time All-Star and a scoring machine. The negative in his game has always been defense. It got better last season, as LaVine went from a poor defender to a middle-of-the-road defender. LaVine has said he wants to become an elite two-way guard in the NBA. Now, I am not sure if he can reach that level, but he can start by becoming an above-average defender this season.

DeMar DeRozan: DeRozan started the year off hot and was an MVP candidate most of the year. He finished with an All-NBA Second team selection. The Bulls don’t need DeRozan to be an MVP candidate again, they just need him to continue being an elite player and clutch in the fourth.

Nikola Vučević: Another player that many Bulls fans wanted to be traded. Vooch played poorly last season. He was sub-par offensively for a player that is supposed to be an All-Star and his interior defense was not there. For me, I want Vooch to play like an All-Star. He needs to be confident in his game and play like he is a premier big in the league.

Biggest Key for the Bulls:

In my opinion, the biggest key for the Bulls is communication and accountability on the defensive end. Head Coach Billy Donovan has preached this over the course of the offseason. Elite teams play hard on both sides of the court and the Bulls need to do this for the entire season.

If the Bulls’ continue to develop well, they have the ability to have a record of 49-33, landing them the fourth spot in the East to put them in a position to make a run in the playoffs.