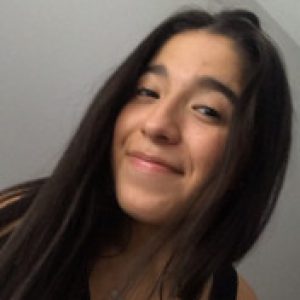 Cowboys vs Eagles: Do The Boys Have What It Takes?

Week 5 of the NFL season for The Cowboys was an important game. They would face off against the reigning Super Bowl champions, The Los Angeles Rams. And while I’m sure people most likely had the Rams to win this game, The Cowboys have been improving since the week 1 loss against the Buccaneers.

We’ve seen improvements from this team, especially from the defense. Looking back at 2020, it’s hard to believe we have such a great defense now. The Cowboys were one of the lowest-ranked defenses in the 2020 season.

One of the main reasons Dallas has been able to win games this season is because of this defense. They’re able to stop teams from scoring, and get that pressure on the QB. Let’s get a little more specific.

This Dallas defense contains one key player, Micah Parsons. For me, there’s only one thing I can say about this man.

He is a beast!

Micah is constantly rushing in, pressuring the quarterback. No amount of blocking will stop him. No QB is safe from him. This season, Micah is responsible for 4 of the 15 sacks that The Cowboys have accumulated. 3 for Dorance Armstrong, 3 for Demarcus Lawrence, 2 for Dante Fowler Jr., 1 for Donovan Wilson, 1 for Leighton Vander Esch, and 1 for Neville Gallimore. All these sacks and we’re just beginning to scratch the surface of this team.

Another key player is Trevon Diggs. Last season, for all the yards he gave up, he came back with interceptions. Diggs finished the season with a total of 11 interceptions. However, this season, Cowboys Nation has been looking for something more than just interceptions alone. And from what we have seen so far, Trevon’s been keeping his game up.

Let’s take a deeper look into the offense. After trading WR Amari Cooper to the Browns during free agency in 2022, it’s safe to say that Cowboys fans were concerned. Michael Gallup was still recovering from his Week 17 ACL tear, and we had been told that Gallup wouldn’t make his 2022 debut until sometime after Week 1 of the 2022-2023 NFL season. WR CeeDee Lamb would now officially make his start as WR1. The bar had now been set high for the young player.

This offense is not as solid as defense, however. We saw that display in Week 1, as the Cowboys struggled to find the end zone even once. That game, the Cowboys were only able to put 3 points up on the board.

Fans such as myself had already kissed the season goodbye after the game.

During this game, QB Dak Prescott also injured his thumb, in which he received surgery to repair. Prescott has been healing since, and has only recently been making light throws and getting back into the swing of things. He will not return for Week 6, but is planning to return Week 7.

QB. Cooper Rush took Dak’s place after Week 1; and Cowboys fans were on the edge of their seats. How would Rush perform?

We really saw the Cowboy’s offense start to kick off during the Bengals game. Since then, the boys have finally been able to find the end zone and score some touchdowns. CeeDee Lamb had been dropping some catchable throws earlier on in the season, but has been making it up. WR Michael Gallup finally was able to make his 2022 debut in Week 4 against the Commanders. Gallup was able to get 24 yards and a touchdown for his return!

Finally, let’s take a look at the running game. RB Ezekiel Elliott hasn’t had his his time yet for the Cowboys recently. The past few seasons, it seems he has been unable to find holes. However, he is able to find them every once in a while. RB Tony Pollard is a different story. So far this season, Pollard has ran for 248 yards and 2 touchdowns. Pollard has the element of speed on him. Once he can get himself through, he’s gone.

Compared to the start of the season, there’s been a wave of confidence with The Dallas Cowboys over these past few weeks. However, the question right now really is-

Do they have what it takes to take down The Eagles?

The Eagles are currently 5-0, the only undefeated team in the league. And while some may say that their schedule hasn’t been tough and that they haven’t played real teams, we will definitely be finding out during Week 6.

For Dallas to win, the defense must really step up, continue to take down the QB, and guard even more. Sack Jalen Hurts, cover Devonta Smith. Trevon Diggs was able to cover the rookie WR in 2021, but will he be able to stop him for this game?

For the past few seasons, Cowboys vs. Eagles was not the most of exciting games. But this game will be one that many NFL fans will be tuning into. It’s even got me on the edge of my seat. I for one cannot wait. Be sure to have your popcorn ready!

The Cowboys and Eagles are set to play this Sunday at 7:20 pm on SNF.