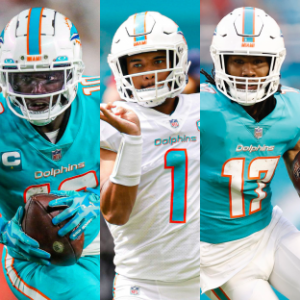 Cowboys vs Lions preview and prediction, Dak return, and more!

Both of these teams will get key players back for this game. Dallas gets QB Dak Prescott back after suffering a thumb injury that would sideline him for five weeks. The Lions will look to get RB D’Andre Swift back on the field after dealing with ankle and shoulder injuries, as well as getting a fully healthy Amon-Ra St. Brown.

The Cowboys are coming off of a disappointing performance on Sunday Night Football against the Eagles, in a game that they would end up losing, 26-17. The Lions got a much needed bye week that they’d use to get healthy, and move on from their 29-0 loss against the Patriots in Week 5.

The Cowboys have shown pure dominance on defense, excluding this past week’s game. The offense has faced some adversity with Prescott out, but we’ll see how they look with him returning from injury. The Lions have been good on the offensive side when healthy. The defense has shown flashes, but for the most part, they have a LOT that they need to work on.

1. Don’t put it all on Dak to win the game. There’s a good chance Prescott will have to shake some rust off.

2. Stop the Lions run game. When Swift and Williams get going, that offense is hard to stop.

3. Generate pressure and make plays on defense. The Eagles and the Lions offenses are not the same. You don’t have to worry about a RPO. Get pressure, and you win the game.

1. Hold up on defense. The Lions defense has been giving up loads of points. If they can play bend but don’t break defense that keeps them in the game, they give the team a way better chance at winning.

2. Quick passes. Similar to Philadelphia, the Lions have a way to counter this aggressive defense. The last thing you want to do is have Goff drop back and get pressured by an elite front. That’s when he’s at his worst.

3. Win the TOP battle. Controlling the clock is always good, but especially in a game like this. Keep your struggling defense off of the field.