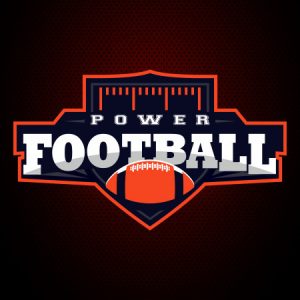 McTelvin has been a beast so far in the 2021 Training Camp. He has shown consistency and reliable play out there on the field, has really controlled his opponents against the run, and has done well as a pass rusher. One thing that has impressed so far Agim is that he is getting his hands up to tip passes, looking like Shelby Harris. He has a couple of INTs from situations like this.

Both Benson and Broncos “Emergency QB” Hinton have been showing on camp that they can earn a spot in the final roster. Every day I’ve read that any of these two have made a big play. Both have been very consistent, and they have probably become one of all three Quarterbacks (Lock, Bridgewater & Rypien) favorite targets, especially Benson. Benson has shown up in special teams too. Hinton has shown more reliability on shorter throws but has also been a stud.

The Broncos have a LOADED SECONDARY, you can even spit it in two and have two great units. Farris was a free agent signing on August the 2nd coming from Chicago and has yet to appear in an NFL game. Since landing in Denver, he has been an instant impact, having big plays including two interceptions and two PBU’s in just three practices with the team. He can become a decent depth piece in this talented defense.

The Broncos have a loaded Receiving Corp, especially if they’re all healthy. Sutton and Jeudy are having great camps, Patrick coming from probably his best year, Hamler showing speed, guys like Trinity Benson, Seth Williams, Kendall Hinton having a good Training Camp, but Tyrie Cleveland, 2020 7th Rd pick has been outperformed. Cleveland is struggling a lot with tons of dropped passes. He was a top-tier special teams player coming off the Draft, and now he could unquestionably make an impact in Mile High City.

With the addition of Javonte Williams and Mike Boone, it looks like Freeman is coming down. According to Broncos’ insiders “He has done well in practice so far, but he is clearly behind others on the roster.” He can be used as a Full Back but I think that the Broncos will release him before the season starts.

Spencer has been a lock in special teams over the last couple of seasons. This year, Trinity Benson has boomed in camp, as a receiver, and as a returner. That does not look well for Spencer, as a return specialist, and if a player (Benson) can show more on offense and be decent in special teams, Diontae may lose his job. And Spencer has been a bit irregular during camp so far.

When the Broncos signed Fleming, I was excited to see what he can add to this Offensive Line, but apparently, he has been struggling. Insiders see him as the Third Right Tackle when it was believed that he was brought to compete for the starting job.