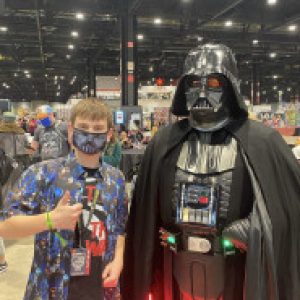 Darth Vader is the dark lord of the Sith that comes from the hit franchise Star Wars. His abilities make him a formidable opponent on the battlefield, but how would he perform on the court, pitch, field, course, diamond, etc. This is the question I intended to answer today in this fictional character sports performance breakdown. Let’s hop in.

Skills that will effect all sports below

Some of his skills would effect all the sports he’ll play, so I might sound a little repetitive to type it again, so here are some skills right off the bat that would really effect how he’ll play:

The thing that Vader would shine at on the court would be his hops. Vader’s got a high jump due to The Force, specifically the ability of Force jump. An average Jedi can Force jump 5 to 6 meters, which is about 16 to 20 feet. Compare that to how high Michael Jordan can jump (4 feet) and Vader has got some good skills that could benefit him a lot when he needs to shoot some hoops.

When it comes to football, Vader would be a good number one choice for your fantasy team. This is due to his suit and his strength. Vader obviously has no need for pads because of his highly protective suit. The armor had ten protective layers, each one was made of very strong alloy that could protect Vader from some explosions and weapons. Based on that information, I think it would be safe to assume that it would be strong enough to fend off some players. He’s also quite strong, mostly because of his cybernetics. Remember, all four of Vader’s limbs are made of a very strong metal. His punches, kicks, and nudges could break bones, which would be great for boxing and MMA fighting, but also for getting players out of his path. Sure, it might get him some penalties or might be taken out of the game, but he wouldn’t be the first NFL player to break someone’s bones… or kill someone.

How would Vader do with America’s pastime? He would pretty well. Like I said before, Vader would be a great pitcher because of his accuracy, but also the speed of his throws. Using the force and his robotic limbs, the amount of energy and force (no pun intended) that Vader would exert with the throws would be tremendous. It could maybe kill the catcher. This would also apply to his swing. Having incredibly strong robotic arms will do more than steroids ever will. His swings would be crazy. He also is an expert when it comes to swinging because of his skill with a lightsaber. That might sound silly, but a lot of lightsaber strikes are the same kind of motion as a baseball swing. If Vader were to ever play baseball, it’ll be quite a home run.

Vader would probably not want to be your first pick for soccer. Vader’s running speed is quite slow, and wouldn’t be the best for getting across the pitch very fast. What Vader would excel at is kicking. Vader’s strong robotic legs would be just as strong, if not stronger than his arms. It would incredibly powerful, it could only really be a straight kick done with the front of his foot. He wouldn’t really be able to do any fancy foot maneuvers or kick with his inner foot, which makes him kinda limited on the field. He does have his own shin guards though which is pretty cool! 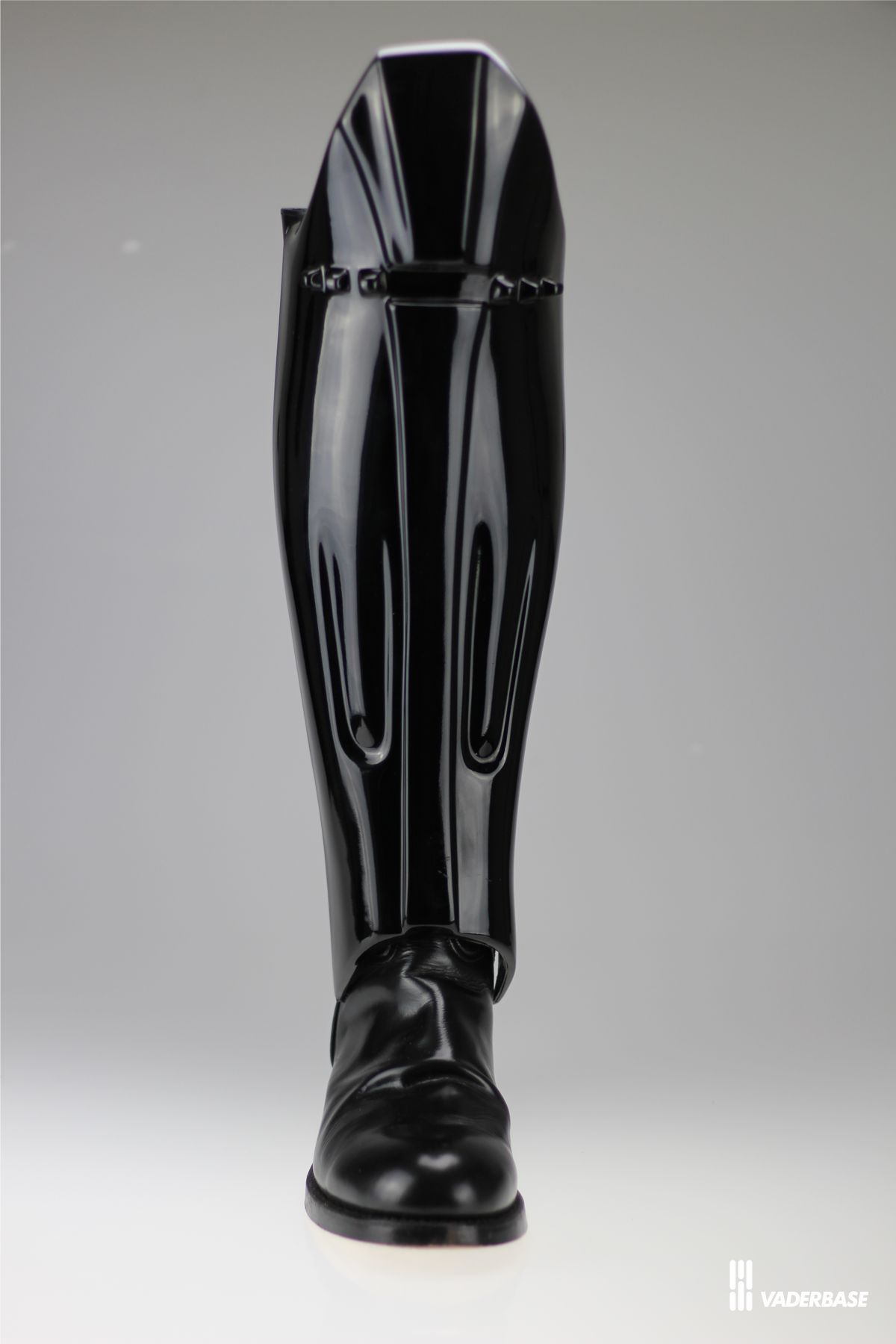 Obvious sport is obvious, but what form of fencing would he do? Based off his lightsaber fighting style he would probably do Sabre (pronounced like Saber). Sabre was made for Calvary, and it’s quick which might contradict what I said earlier, but why I think he would do Sabre is because it is slashing rather than poking and Vader has already shown evidence of knowing some Sabre moves. Let’s start with the first point about it being slashing rather than poking. You’ve probably have seen fencing before on TV during the olympics. Most likely they were poking each other. This is because they were doing the other two forms of fencing which are épée and foil. In épée and foil, the way to score is to poke your opponent  with the tip of the blade. In sabre however, the way to score is to hit your opponent with the cutting edge of the blade. You are also allowed to slash in sabre, but not in épée or foil. Vader is famously a slasher. We see him cut down his opponents usually, not poking them or stabbing them through the body. Vader has also already shown evidence of him knowing some sabre moves. Take a look at this parry that Vader does in The Empire Strikes Back in his fight against his son, Luke Skywalker:

Now take a look at this parry that is commonly used in Sabre to block your head: 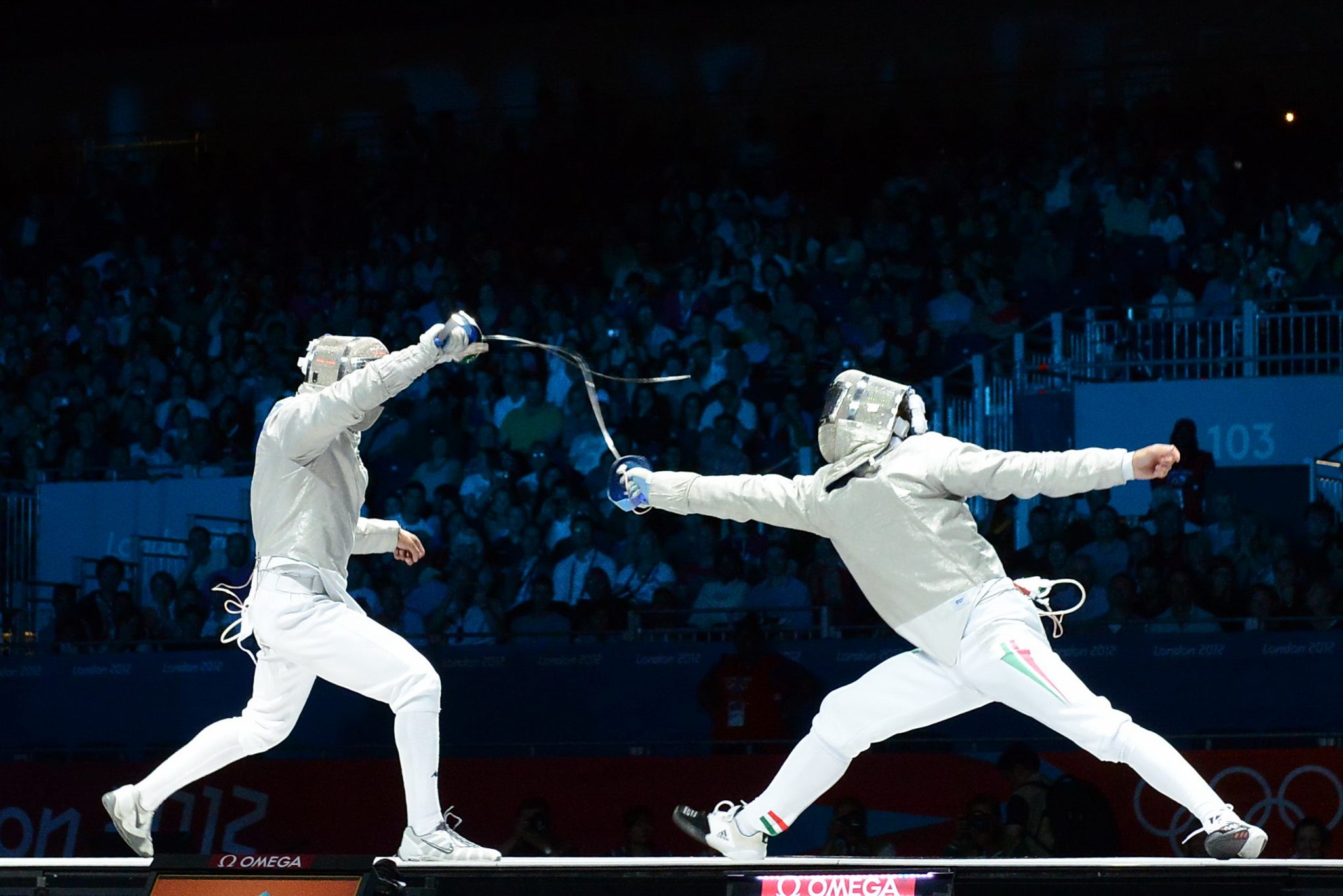 It’s the same parry. Looks like Vader is already an expert at this.

In conclusion, Vader would be great at some sports, and okay at some others, but a force not to be reckoned with in all sports. If you would like me to cover more fictional characters and how they would perform in sports, let me know! This was a lot of fun and I would definitely do it again. Tell me in the comments which characters you would want me to do next.

May the Force be with you, always.