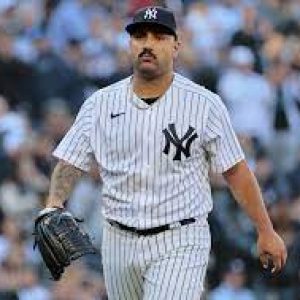 How Shohei Ohtani Improved on the Best Season Ever

In 2021, Shohei Ohtani reached the zenith of the baseball world. No player before him had done what he had last season, with his MVP-level bat and All-Star level pitching profile. This lead to countless accolades, including All-Star appearances as both a pitcher and a hitter, a Silver Slugger for Designated Hitter, and, of course, a unanimously voted MVP award. There was no real debate on who the best player in baseball was in 2021.

On top of MLB awards, the media recognition Ohtani got last season was seemingly endless. ESPN, MLB, Fox, Sports Illustrated, and countless other sports news outlets regarded Ohtani’s season as the greatest season ever. Time included Ohtani on their Top 100 Most Influential People of 2021. He was an icon, an instant legend of the game.

This year, Ohtani’s success has seemingly been cast aside in place of Aaron Judge and Albert Pujols’ respective home run milestones. Baseball journalism shifted from the diminishing novelty of Ohtani’s greatness to the historical significance of Judge’s 62 home runs and Pujols’ chase of 700. In such a storied season, nobody seemed to notice that Ohtani’s 2022 campaign was a step above his 2021 season, the best of all time.

Aaron Judge will almost certainly win AL MVP, and deservedly so, but Ohtani’s greatness should not be overshadowed by Judge’s. These two players both completed legendary seasons, and both should be regarded as such.

But how can Ohtani be better than he was last season?

Well, for starters, his value as a pitcher has increased tremendously.  Not only did he pitch over 35 innings more than last season, he simultaneously increased his K% and lowered his HR% and BB%, leading to drastic changes in ERA, FIP, and pitching WAR.

Ohtani’s slider has the highest Put Away% (30.0), the third lowest Hard Hit% (28.5), and the second lowest Run Value (-28) in MLB. It is, by the above metrics, arguably the best pitch in any MLB pitcher’s arsenal, and its increased usage has taken Ohtani’s pitching to a new, dominant level.

But his output at the plate has dropped off by measure of Home Runs, WAR, and OPS. However, Ohtani has displayed a better affinity for contact this year with a batting average of .270, sixteen points higher than last year’s .257. Also, his strikeout percentage has dropped 5.4% between the last two seasons. In spite of these stats improving, his power output and on base numbers are significantly lower than last season. Yet, last season’s run scoring environment was much higher than this year’s, and the statistical discrepancies in Ohtani’s seasons don’t take the league’s offensive setting into account. Considering that, Ohtani’s wRC+ in 2022 was 142, only nine points lower than his number of 151 in 2021. Ohtani was clearly better at the plate last season, but not by nearly as much as the public perception deems it.

So was Ohtani more valuable in 2022 than in 2021? Well, based off of WAR alone, Ohtani was worth 9.4 WAR in 2022, 1.4 more than his 8.0 in 2021. That 1.4 WAR is substantial, but WAR isn’t truly indicative of a player like Ohtani’s value, as he takes up two roster spots. Notwithstanding, one way to understand Ohtani’s value is by comparing each aspect of his game to players similar in WAR.

It’s truly debatable whether Ohtani was better in 2021 or 2022, but that debatability automatically puts 2022 in the same celestial category of greatness as his unprecedented 2021 run. The novelty of his two-way peculiarity has worn off, sure, but he was no less great this past season.

Unfortunately, it is not likely that Ohtani can post an offensive season like 2021 and a pitching year like his 2022 campaign at the same time. Over the course of a grueling 162 games, Ohtani experiences far more fatigue, mentally and physically, than the average MLB player. It is likely that he can only focus on one aspect of his game at a time, and perhaps play the other at 80 to 90 percent of what he is truly capable of. What’s so incredible about his 2022 campaign, however, is that it adds plausibility to the idea of a future Cy Young campaign pitched by Ohtani. If he can pitch 40 more innings at the level of this past season, it wouldn’t be surprising.

It seems that Ohtani has done nothing but exceed the expectations of his Angels tenure. When he was faced with doubt after his disastrous 2020 campaign, he had his 2021 season, which needs no introduction. Still, after that historic year, Ohtani’s perception was that of a league best DH and an All-Star starter. An All-Star starter is nothing to scoff at, unless you’re Shohei Ohtani.

He has the potential to be the best pitcher in the league. Having an All-Star pitching season while posting a .965 OPS is amazing in its own right, but pitching at a Cy Young caliber during the same career is nothing short of legendary. Nobody should have the capability to be both the best hitter in the league and best pitcher at any point in their career, but miraculously, Ohtani does.

Whether he continues to ascend into the baseball mythology for years to come or sharply declines in the upcoming seasons, one thing is certain. Shohei Ohtani is the most talented athlete to ever play the game of baseball, and his successes these past few years will forever be a renowned chapter to tell in the story of the sport.