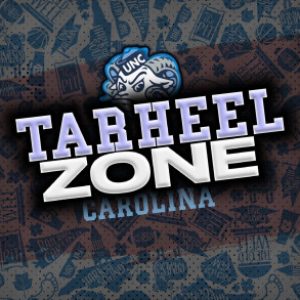 The Fighting Irish won 45-32 on Saturday at Kenan Stadium, the Tar Heels suffering their first loss and fumbling the chance to secure their best start to a season in 25 years, while melting down into a deflating mess on defense.

Notre Dame arrived ranked No. 113 nationally in total offense, and yet proceeded to pile up season highs across the board. When quarterback Drew Pyne, making his second career start, found an uncovered Logan Diggs jogging to the end zone for a touchdown less than three minutes into the second half, the Irish led 31-14 and already had produced their most points and yards in a game this season.

North Carolina (3-1) didn’t have an answer and spiraled at times. Coach Mack Brown was hit with an unsportsmanlike conduct penalty while arguing with officials after linebacker Cedric Gray was called for pass interference on a fourth-and-goal for the Irish.

UNC quarterback Drake Maye threw for 301 yards and five touchdowns, and the return of receivers Josh Downs (five catches, two of them for touchdowns) and Antoine Green (touchdown catches of 80 and 64 yards) provided some big moments, but the Tar Heels couldn’t keep up.

Notre Dame led 24-14 by halftime and had rolled up 301 yards on offense with Pyne throwing for 181 yards, numbers that eclipsed their final outputs from a week prior, when the Irish had 297 total yards and Pyne threw for 150 yards during a defeat of California.

Notre Dame produced 24 points, 13 first downs and 261 total yards during the second quarter alone Saturday against the North Carolina defense, while averaging 9.7 yards per play and holding the ball for more than 9½ minutes in time of possession.

The first catch Downs hauled in made an immediate impact. On fourth-and-goal just more than five minutes into the game, Downs went over Notre Dame defensive back TaRiq Bracy in the back corner of the end zone to grab the 4-yard touchdown pass from Maye, an emphatic capper to the Tar Heels’ first possession of the game.

In the second half, Green turned his first catch of the season into an 80-yard touchdown. Maye hit the streaking Green, running behind Irish defensive back Clarence Lewis, and the senior receiver opened up his stride from there, before Notre Dame safety Xavier Watts could arrive with help.

Spencer Rolland returned to his starting role at right tackle on the North Carolina offensive line. He missed the Tar Heels’ previous game at Georgia State due to a lower-body injury.

William Barnes moved back to right guard. Earlier this week, Barnes said he had been practicing at right tackle, while Rolland and Jonathan Adorno were sharing time at right guard. Barnes shifted to right tackle and Adorno played right guard with Rolland out at Georgia State.

UNC plays host to Virginia Tech (2-2, 1-0) next weekend at Kenan Stadium. That will be the ACC opener for the Tar Heels, while Virginia Tech beat Boston College earlier this month in its first ACC game.

Until then, GO HEELS!