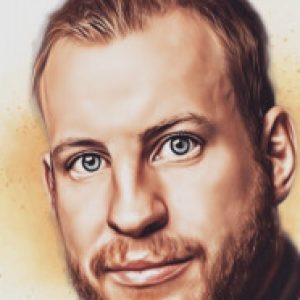 Is There Reason To Believe That Father Time Has Caught Up To Tom Brady?

Father time is a phrase that has been used when trying to see how long a star player’s career can outlast physical deterioration. Michael Jordan did so for many years, and was playing well even in those Wizards years that everyone seems to hate so much (I’m a Wizards fan, so I personally love the fact that he played for us for two seasons). Alex Ovechkin is currently doing so, and has shown no signs of slowing down, but he turned 38 yesterday. He isn’t crazy old at the moment. Gordie Howe played hockey until he was 52 years old. Yes. 52. Nolan Ryan pitched in the MLB until he was 46. So far, it seems like Tom Brady has been doing just as well as those guys, but maybe not anymore. A lot can change in just a couple of months, and as far as the greatest quarterback ever is concerned, a lot has.

Just last season, then-44 year old Tom Brady threw for 5,316 yards and 43 touchdowns in 17 games. Those numbers surpassed those of Chargers star QB Justin Herbert. After a tumultuous offseason, during which ESPN’s Adam Schefter reported that Brady had retired before Brady himself had announced it, and then speculation that Brady’s mind was elsewhere during camp due to a fair number of absences, expectations coming into the year were a mixed bag. The consensus opinion right now is that he will retire after the conclusion of the 2022-23 NFL season, whether he wins the Super Bowl or not. Brady has not explicitly stated a desire to continue playing past this season, but also hasn’t confirmed reports saying that this will be his last year.

Now onto what’s happened that may have furthered the debate regarding how well he’s doing. Brady threw for 212 yards, 1 touchdown and 1 interception in the Buccaneers’ week 1 win against the Dallas Cowboys. Those numbers are subpar for a player of his stature, but given the health of his receiving options, it isn’t that big of a deal. What is a big deal, however, is what he said after the game. Brady said, “You look at your arm and you got bruises, you got cuts. And you go, ‘OK, how much longer do I want to make this commitment?”. In prior seasons, there wasn’t anything he said to the media that indicated future plans like that quote. He clearly still wants to play. The question is: Can he, after this season?

It should also be noted that Brady being giving Wednesday off was an unusual occurrence for him. That is usually a rest day given to veteran players and running backs. Brady, apparently was not taking that day off in previous years, or was not given that day off. Again, shouldn’t be a big deal, but it is definitely something worth watching, because everything that Brady does at this point will have an adverse effect on his retirement decision in February.

If his reported off the field issue is settled and he is healthy coming into 2023, there’s no doubt in my mind that he suits up, but if that isn’t the case, and he has other priorities or physically can’t play anymore, then the outcome is obvious.

In my opinion, everyone is freaking out over nothing. Brady loves to throw a little misdirection out there when conversing with the media, so this is nothing new, but the comment about cuts and bruises does raise some concern.