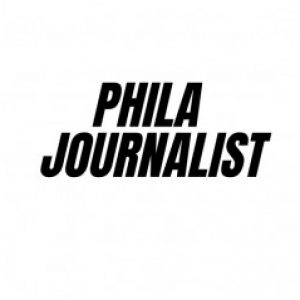 Hello and Welcome back! Today we will be going over the latest Ben Simmons news, my thoughts and opinions on it, plus what I think will and should happen!

Since Point Guard Ben Simmons has re-joined the 76ers he has caused nothing but more drama. Ben has not participated in practice, team meetings and is still yet to interact with many teammates. On just Ben’s second day of returning to the Wells Fargo Center he was seen with his phone in his pocket, with alerts going off, this is showing lack of caring and that he simply just doesn’t want to be there. You cannot convince me that Ben Simmons wants to be on this team, do I know why? No not at all, but he is a drama queen and doesn’t deserve to be on this team anymore. Later that day Ben was dribbling around and shooting while the Sixers and Doc Rivers were breaking down practice and finishing up. Ben didn’t ever come back to the huddle and wasn’t seen after that. The very next day Doc asked Ben to be a part of a defensive drill, Ben didn’t respond to Doc and was later KICKED OUT of the practice. Since then, Ben and his teammates have made harsh comments and Ben has been suspended for 1 game by the team and will not be able to play in the first game of the year for the 76ers. Embiid went on to say this about Ben Simmons in his press conference earlier today, “At this point, I don’t care about that man. Our job is not to babysit anyone.” Embiid has officially moved on from Ben and so should everybody else. Next, this is what Doc Rivers had to say in his press conference, “He was a distraction today, I didn’t think he wanted to do what everybody else was doing. It was early, it wasn’t a big deal. I just told him he should leave then, and we went on with our practice.” It also seems like Doc has had enough and is almost closing the deal on Ben and his temper tantrums and issues on and off the court. Now, there are many options that the Sixers can do. For starters, we can obviously trade him, just for a smaller amount and just get rid of him. Second, we can drop him and let someone else sign him to a deal via free agency. Or lastly, we can continue with this drama and put up with it until Ben misses basketball to the point where he is willing to do anything to play. I personally like the First option the best, trading him for PG/SG Malcolm Brogdon. Bleacher Report recently put out a mock trade that would send Ben Simmons and Furkan Korkmaz to the Indiana Packers for Malcolm Brogdon, TJ Warren and Chris Duarte. Here is furthermore on what Bleacher Report thinks about this trade: “Brogdon checks every offensive box, doesn’t dominate the basketball, shoots it well enough to pull defenses away from Embiid and plays both ends of the court. A healthy Warren — he continues fighting the left foot injury that effectively erased his 2020-21 season—is a matchup nightmare and could form an interchangeable forward group with Tobias Harris. Duarte, a rookie, has the three-and-D chops to log big minutes right out of the gate.

The Sixers could improve in enough areas to finally make good on their championship potential, while the Pacers might view Simmons as the All-Star talent they typically don’t have access to.” This sums up perfectly the package deal we’d be getting and the talent that Brogdon has. I’d do this trade in a heartbeat, get talented players, give up a dramatic and locker room cancer type player. The question is though, would you do this trade?

All in all, the Sixers have to make a move on Ben Simmons before it’s too late. Simmons is becoming such a locker room cancer and dramatic player right before our very own eyes. Get rid of Ben before he ruins our team chemistry!

Thank you for reading my second article! If you did enjoy you can follow us on Instagram @PhilaJournalist where I post news, interviews, press conferences and facts!