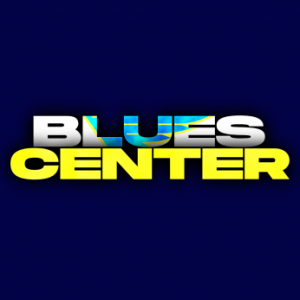 Lets Chat About The Lockout…..

Ah yes, I am back

It is so great to be back on this platform with people who love sports as much as I do,

Well, I’ve been making some new friends over at @pg_mlb which Is a baseball script league, so if you’d like to talk baseball with other people around your age then PG is the place to go, as a fellow player this is your choice as I can’t force you but I can force you to read this lol, But besides that, this is not an Ad also i have been running something similar to that called SlapshotNHL which is the NHL Equivalent to PG and MLB and also been making music but let’s get into the article!

Definitely what we were not expecting,

Well actually we could tell something similar to this was going to happen but that’s not fun to say when it’s a reality now is it? I think not. We recently found out some news about the lockout and it’s not great news either, we found out that the MLB and the Players Association haven’t even met to speak about this topic since the lockout even was placed in play. We as fans are just rotting here ya know! It’s okay though the NHL is fun right now so let’s migrate to Hockey or maybe even football if you’re into that type of stuff.

My Personal Opinion doesn’t effect yours let’s just remember this, I Personally think this is dumb, Yes I do see why they’re not agreeing on the things they need to, but still it doesn’t help that we want baseball by March and it’s December and we haven’t even began Winter Meetings for Arbitration. This season is going to end up like the past two prior seasons and will be an absolute circus, “I want a fresh face as commissioner, I want baseball, Robert Manfred Sucks” Well remember this kiddos, Rob Manfred isn’t the only clown in this situation, its also the Players Asociation President Tony Clark, He and Rob cannot make a decision and it shows, Either someone needs to do something about it or everything is going to chaos, the NHL has had lockouts twice since 2000 and you see what Gary Bettman is capable of, He’s like the better version of Rob in some cases. I don’t know guys, what is your take on this because I feel we’re skipping Spring Training and going straight into Regular Season in April 2022. and one last thing, can somebody that’s seen West Side Story Remake and Spiderman: No Way Home Please rate it for me out of 10 without spoilers, I want to see them both but I’m too lazy to go to the movies.

With That Being Said,

I hoped you enjoyed and Peace!