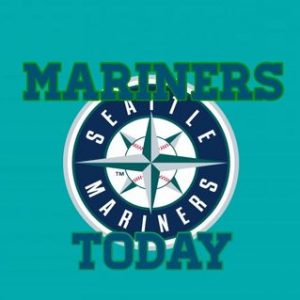 In Game 1 the Sox got out to an early 2 run lead as starter Marco Gonzales struggled to find the zone as he had 40+ pitches in the first inning. Marco eventually settled down and fought through and ended up going 4.1 innings but handing out six walks. The Mariners added on 2 of their own as they finally got to starter Rich Hill in the 5th with a Jesse Winker two run shot to right field.  The game stayed 2-2 until Andrés Muñoz surrendered a solo home run to Bobby Dalbec and added another on J.D. Martinez double play which scored the runner from 3rd. The Mariners cut the deficit to one in the 8th on an RBI single by Cal Raleigh. In the bottom of the 9th, the Mariners looked like they might be able to take the lead with runners on 2nd and 3rd but Adam Frazier hit a screaming line drive right to second baseman Trevor Story to end the game

In this game the Red Sox again got out to an early lead with a two run homer by Rafael Devers and an RBI single in the first inning. The Mariners responded with 2 of their own runs in the bottom half of the first on a wild pitch and single by Adam Frazier. They took the lead in the second with a two run bomb by Julio Rodríguez. But the Red Sox answered again which it seems like they did the whole series with a two run shot of their own off the bat of J.D. Martinez to make the score 5-4. George Kirby who allowed five runs, three of them earned, looked good most of the game besides a few mistake pitches. Abraham Toro responded with a double off the top of the wall to score J.P. Crawford and tie the game. And yet again the Red Sox responded, with a solo home run from Bobby Dalbec off of Paul Sewald. The one out rally in the 9th started off with a walk from Crawford, which was the start of many rallies last year. Eugenio Suarez followed up with a single moving Crawford to 2nd. Adam Frazier lined out which made it two outs and was starting to look like the Mariners came up short once again. Abraham Toro answered the prayers of thousands of Mariners fans with a bloop single to score Crawford. This brought Dylan Moore to the plate who had been put in as a pinch hitter early in the game and he came up clutch lining a walkoff single into the gap to score Sam Haggerty pinch running for Suarez.

This one will be a quick recap, Robbie Ray was brilliant through seven shutout innings but the Mariners offense couldn’t seem to get anything going against Kutter Crawford. Who was called up from AAA and had a 7.42 ERA in AAA. He spun 5 one hit innings and the Red Sox bullpen did the rest shutting down the Mariners offense to no hits through the other 4 innings. Rafael Devers hit a two run homer in the 8th off of Paul Sewald which were the only runs scored in the game

This was a frustrating series as after the thrill of game two, it seemed like game three would be very winnable going up against a AAA pitcher who was struggled at the MLB level and AAA level. But no the Mariners bats decided not to show up. Robbie Ray looked incredible as he added a sinker to his pitch mix for the first time in 6 years which induced lots of soft contact. But the offense just cannot come up flat like that, especially against that pitcher. Hopefully, this is the start of something for Ray as he has struggled mightily this year. We could’ve easily won this series but now drop further back in the wild card race. Hopefully we can bounce back on this long homestand.

Players of the Series