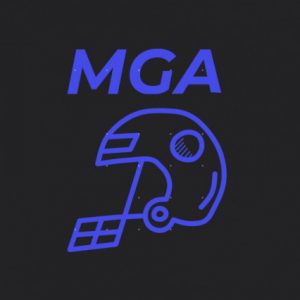 The WR position in the NFL is ever changing and only seems to be getting better as the seasons go on. A large part of that is because every April these WR’s coming out are more and more ready for the NFL. Something about how these college coaches are coaching these guys up is making for new and amazing receivers every single season, and I’m all for it. This class is no different. This class is just as deep if not deeper than last year’s which was touted as the deepest WR class of all time by many. So if your guy isn’t on this list don’t blame me, blame these college coaches being too good.

This is one of “my guys” so to speak in this class. I think he has one of the biggest upsides of any prospect in this class and he doesn’t seem to be getting that credit from very many people. He is lighting quick at all points on the field so his positional flexibility could be huge at the next level. He wasn’t given very many chances at the deep ball at Purdue which doesn’t make a whole lot of sense to me given his reported 4.29 speed but an NFL team could use that and make him a deadly deep threat. His route tree wasn’t super diverse at Purdue either but he has shown he can run clean routes when given the chance so I don’t think it’s a massive issue. The one big issue for me is his durability. He has had some pretty serious injuries in college and that kind of thing can ruin an NFL career in an instant. This is very much a projective ranking for me but I just see his upside as unignorable at the next level.

Another one of my guys but unlike Rondale, Rashod is actually getting some top 5 respect in the Draft community. Rashod has great size but not amazing speed. His size makes up for his speed though on the 50-50 balls down the field. He showed on film plenty of times that he can beat DB’s with his technique rather than his speed and it worked perfectly for him at Minnesota. He’s not afraid to get physical especially at the line of scrimmage there were a lot of times that you just knew he would be open on film based on how he approached his CB. He played a good amount in the slot in college too so he can create some great mismatches at the next level if a team decides to put him there. He is a great YAC guy and his vision in the open field is probably the best out of all these WR’s. I’d say the few spots where Rashod is lacking is as I mentioned before speed but also his hands. He had some drops in college that left me scratching my head and if he doesn’t clean that up he won’t have much success at the next level. He can live without blazing speed at the next level though if he can continue to beat with his technique and physicality.

Every year there is always one guy that people scouting try to tout as the next Tyreek Hill, Jaylen is that guy this year. He has similar speed and size to a guy like Tyreek Hill so for once the comparison doesn’t seem crazy. He showed countless times on film that his speed can very much break the game. He has experience on special teams and has shown he can be deadly there. His ability to create separation is 2nd to none in this class and it really isn’t even close. In the right system this guy could very much be a No. 1 WR for a team. His speed is that deadly. He could use some route running flexibility but he can get that through training and being coached up, it’s not at all a reason to not draft him. There are few negatives for Jaylen but the few that there are are pretty important. His game is very raw and for him to stay at the next level long term he needs to advance it pretty quickly. The other one is just durability. He broke his ankle on an opening kick off last season and was able to recover just enough to play a few snaps in the National Championship game but walked off limping pretty soon into it. So the injury questions are there, how is the ankle, when will he be ready to go, all that. If he is healthy he can legitimately be a Tyreek Hill type threat for whoever gets him.

Devonta Smith, at no fault of his own, is probably the most controversial prospect in this class. The never ending debate about his weight is just as bad as the debate about Kyler Murray’s height. Given, Murray’s height was much more understandable. Let’s start with the goods. Devonta is the best route runner in this class bar none. He has the ability to create huge separation down the field even though he isn’t overwhelmingly quick. He is surprisingly physical for a Receiver his size and contrary to popular belief, has shown the ability to over power DB’s using leverage in route running and open field moves. He has impeccable body control no matter where he is. He has all the small things a WR needs to beat a CB down and his arsenal of moves seems never ending. His hands are very reliable, no matter where the ball is placed he can go get it. He’s been in the SEC at his current weight for the past 3 years and hasn’t experienced a single injury so all signs point to him being very durable. The only real negative to Devonta’s game, is the size. It’s difficult to project whether a guy built like this can project well to the next level seeing as we’ve never seen a guy built like this at this position. It’s going to be very interesting to see his career playout though. I don’t see it as as big of a deal as most people but it definitely is something to keep an eye on.

Ja’Marr Chase might be the most complete and polished WR prospect I have ever scouted since I started doing this. His game is as NFL ready as it’s going to get and this is all coming from 2019 film, I can only imagine how polished and advanced it is now that he’s been training for the NFL for a year. He screams playmaker to me. His attitude, his running style, his demeanor, everything about this guy screams player. His combination of speed and twitch is absolutely deadly especially on the line of scrimmage. The amount of times I saw him beat a DB on his first step on film was remarkable. Once he gets a guy right where he wants him there is absolutely no coming back. He’s an assassin at the position is the best way to put it. He has great elusiveness and open field vision that makes him a threat to score literally any time he touches the ball. He has been durable his whole career so there aren’t any questions there. Not only did he perform well against top competition but he actually got better. In the National Championship game against AJ Terrell he completely torched him, it wasn’t even close. He’s experienced at the position being a multiple year starter at LSU. The only real down side to Ja’Marr is the rust that could be there after sitting out a year. It’s not realistic to think after a year of no games that you’ll be ready to go so there are some concerns there for me. But other than that, I couldn’t be more confident in this guy.

So there they are! My 2021 NFL Draft WR rankings. Feel free to comment what you think about them and follow @MGAFootball on IG for NFL News and other content!