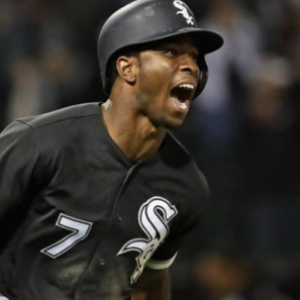 What a season, this season has been absolutely mad with ranked teams going down left and right. There are very few legit-ranked undefeated teams left. Outside of Georgia, I don’t see a clear standout team yet and I would not be surprised if they dropped a game before the SEC championship.

The first 4 games are going to decide who goes to face Iowa in the Big 10 Championship so those are pretty self-explanatory, but I’m really interested in games like Wake Forest vs Clemson to see if they will be able to keep their Miracle run intact. And even though Clemson has been the most disappointing team this year they still have an elite Defense.

This is the most wide-open I have ever seen the Heisman race. Right now I have no idea who really is in first in the race right now, but if I had to point out a favorite or who has been the best I would have to go with MSU transfer running back Kenneth Walker. He has been dominant this year and in my opinion the best offensive player this year. Some other guys I can see winning it at this rate are QBs Bryce Young, Matt Corral, and C.J Stroud. Young has been very good this year despite the loss to A&M. Corral has been great this year and has not thrown a pick. His biggest knock is that he probably ends the season with 2-3 losses and is not throwing a lot of TDs compared to the other 2. Finally, we have C.J Stroud, Stroud has had a very interesting season where he started out slow and inconsistent, but over the past 2 weeks, he has looked like the best QB in college having 2 5 touchdown games in a row. His biggest knocks are his slow start and him having the best WR room in college and him not having to do as much by himself as some of the other guys on this list.

I think OSU, Georgia, and Cincy all win out the rest of the season while Iowa suffers a close loss to the Buckeyes in the Big 10 Championship to make the playoffs. And the win over Penn State leads the committee to choose them over the Big 12 champions in Oklahoma who suffered a mid-late season loss to a team they should have beaten.

With their lack of offensive power, I think UGA takes down Iowa pretty easily as Iowa does not even crack 20. I also think with OSU’s firepower and receiving core they were blown by Cincy and maybe shed some light on why a group of 5 teams didn’t make the playoffs. Finally, I think OSU plays Georgia a lot better than they played Bama last year, but they fall just short as the OSU defense leaves Georgia neck and neck as the UGA secondary and pass rush eventually get to Stroud for a late-game mistake that brings the Natty to Athens.