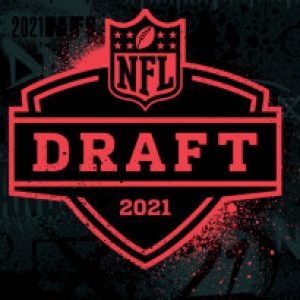 My Favorite Picks Of Day 2

1. Asante Samuel Jr. CB FSU to the Chargers at pick 47

Samuel will fit into Brandon Staley’s scheme perfectly. Samuel is everything Brandon Staley looks for in a cornerback, Samuel has outstanding instincts, good awareness, is competitive in the run game and plays bigger than his size.

2. Jeremiah Owusu-Koramoah LB/S Notre Dame to the Browns at pick 52

First if the reason Koramoah fell is because he’s positionless that’s stupid. Koramoah is an outstanding athlete with great instincts, a true swiss army knife. I big reason I believe Andrew Barry pulled the trigger on getting JOK is not only because he should have been taken a long time ago, is that they play Lamar Jackson twice a year and JOK is fast. Imagine this guy tracking down Lamar Jackson in space, Just call Koramoah Anti Action Jackson.

3. Trevon Moehrig S TCU to the Raiders at pick 43

I think Raiders fans would be happy if you just flipped their first two picks (Moehrig in the 1st and Leatherwood in the 2nd.) Moehrig has great instincts, good range, he just patrols the middle of the field. I think Moehrig should have gone late first or at least 33 to Jacksonville but the Raiders get lucky here.

Brad Holmes clearly is taking the John Lynch and 49ers method in his rebuild or retool of the Lions as his 3 picks were all in the trenches. Alim McNeil is an outstanding athlete at 320 pounds, for being 320 pounds McNeil moves really well for his size. McNeil is a playmaker and a people mover in a defense that clearly lacks that.

5. Amari Rodgers WR Clemson to the Packers at pick 75