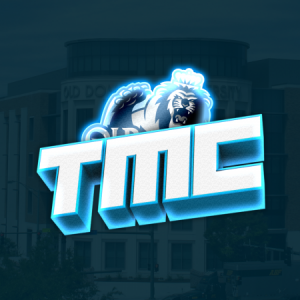 We’re now about halfway through the 2021-22 College sports season, and it appears that conference realignment is again back in full swing. A flurry of moves have already been announced, with the announcement of Texas and Oklahoma to the SEC creating a domino effect nationwide. The Big 12, American, Conference USA, and Sun Belt, among other conferences, have all been affected in positive and negative ways. In this article, I’ll be giving my predictions for a few more conference moves that make sense in my mind.

The Colonial Athletic Association (CAA) has been directly impacted by conference realignment, with founding member James Madison on their way out. The CAA gave themself a very bad look by placing a post-season ban on JMU in retaliation, punishing the student-athletes for a decision made by the school administration. Regardless, these three moves are now near-inevitable, and here’s why. Monmouth is located squarely in CAA territory, right by the Jersey Shore, and their football & basketball programs have outgrown their current conferences of play. Stony Brook Basketball has also been on the rise, and they already play in the CAA (football only). Hampton‘s move makes a little bit less sense to me, as despite the fact that the geography works out, the athletic department’s budget is a little bit lower than their new CAA foes would be. Perhaps the move would benefit them, though, as travel would become a bit more local and they would be reconnected with Virginia rivals.

*UPDATE* Since the writing of this article, the move for all three of these schools has been announced.

To this point, the America East had been relatively untouched by realignment, besides Hartford announcing their move to Division III (the process will not complete until 2025). But now, with Stony Brook likely on their way out, the America East has to start poaching to survive. The two candidates I like most in the place of the two departing members would be Iona and Marist. Iona is coached by Rick Pitino, who has a relatively high ego but is taking the program in the right direction. Geographically, this adds to the AE in a way that they would now need, considering SB’s inevitable departure. The two schools’ endowment would be about middle of the line in their new conference, although enrollment would be toward the bottom.

The Missouri Valley had remained relatively inactive in conference realignment, but when longtime force Loyola Chicago announced their wildly-unanticipated departure for the Atlantic 10, the dynamic was completely changed. The Valley poached Belmont and Murray State, the two forces in the Ohio Valley Conference, as their own. Their next move may be regaining the Chicago market by taking UIC from the Horizon League. Their enrollment would be the highest in their new conference, and their strength of schedule would certainly increase. This creates a complicated situation for the Horizon League, who just lost the Chicago market. Enter Chicago State, a former WAC member that announced their intention to separate with their conference years ago but has yet to announce their destination. There has been speculation that the Cougars will drop down to a lower division, mostly due to their extreme loss of money and lower enrollment numbers in recent years, but the administration has made it clear that remaining in Division I is a priority of theirs. I’ll take their word for that and give the Horizon League their market back.

*UPDATE* UIC’s move to the Missouri Valley has since been announced.

The Ohio Valley Conference is currently standing on its last legs, having lost five members in the last few years. So far, they’ve countered by adding basketball-only Little Rock from the Sun Belt, but that doesn’t patch any of the big holes that were created already. To change this, they may want to add Arkansas Pine Bluff, a historically-black college in the Southwestern Athletic Conference. UAPB feels slightly out of place in their conference, as it’s now definitely centered closer to the Gulf Coast and farther away from the northwest. As for Southern Indiana, little makes me think they’d be unable to make this move up from Division II. They have, in my opinion, the best basketball arena in all of DII, and it would fit right in the Ohio Valley. Geographically, this makes sense for both parties considering travel costs, and it gives the OVC a new market that had been undiscovered to them previously.

Well, there’s all my big ideas and predictions for the next year of Conference Realignment. Most of these are pretty realistic, but surely there’s some crazy ideas out there. What do you think about conference realignment? There’s clearly pros and cons for each school and conference by making the switch elsewhere.