Keep in mind that most of these paragraphs were written on July 26th, which is why some of these stats are a bit out-dated.

The Detroit Tigers have shocked fans of the MLB after starting hot. The team last year won a miserable 47 games and was the worst in the MLB by seven games. During the offseason, they acquired C.J. Cron and Jonathan Schoop from the Twins to cover the right side of the infield. Then we went ahead and snagged Austin Romine and Cameron Maybin from the Yankees. In the Rule 5 Draft, we also selected Rony Garcia coincidentally from the Yankees and drafted Spencer Torkelson with the first overall pick in the 2020 MLB Draft.

As a huge Tigers fan, I've watched every single game this season and noticed that all of our new acquisitions have made big impacts, and filled some major wholes we had during last season. The biggest thing I have noticed though is our bullpen. Last season, we struggled with our bullpen game in and out but this season it seems to be one of our best parts of our team. In this article, I will be going over our relievers and putting each of them in tiers.

Tier 5: Should be in AAA

Beau Burrows and Kyle Funkhouser: I'm going to be writing a joint article on these two since they have the same reasoning. Both Burrows and Funkhouser are top 30 prospects in the Tigers organization according to the MLB pipeline, however, they are too inexperienced right now. I could see them back in the majors when they are more ready. Right now we have a veteran reliever in the minors (Nick Ramirez) who is better than these guys. 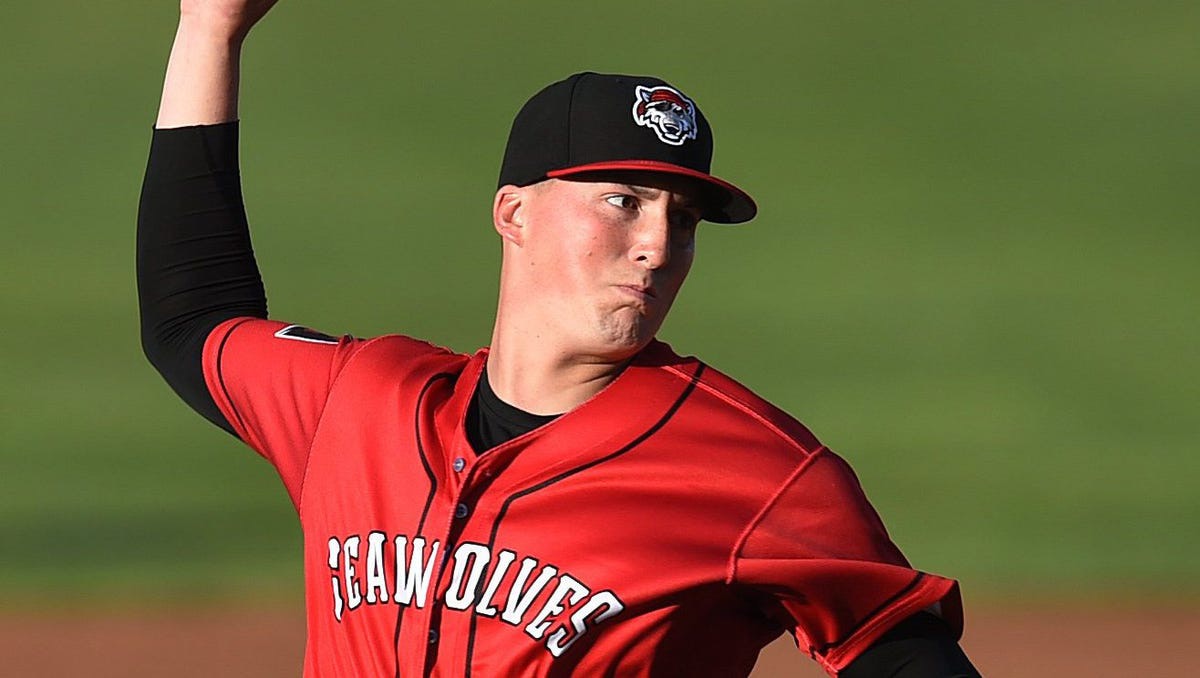 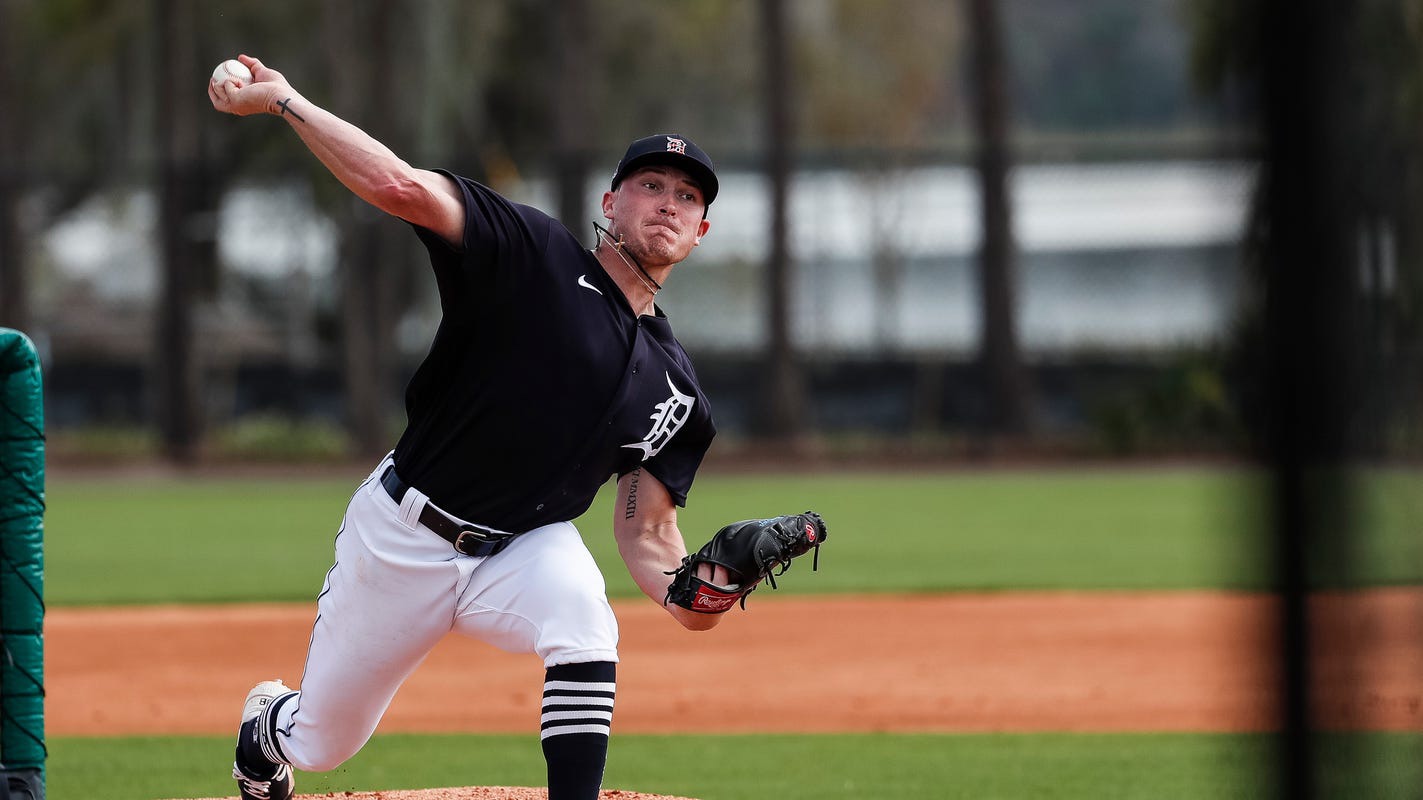 Anthony Castro: Similar to Beau and Kyle, Anthony Castro made his debut just a few days ago and didn't perform well. Out of these three though, I think Castro is the most MLB ready which is why I have him separately. As a 25-year-old, he's spent almost a third of his life with the Tigers organization. In his nine years with us, he's progressed very slowly but progressively gets better year by year which is a good sign. The intrigue around Castro centers around a fastball that sits at 93-95 but works up to 97 mph with cutting action. His slider was a quality chase pitch for him against Double-A hitters, while his changeup has shown enough improvement to throw in different counts.

Rony Garcia: As I mentioned earlier, Garcia is new to the Tigers, and the MLB as well. While he hasn't yet shown that he can maintain that velocity deep into games, Garcia's age and size (6-foot-3, 200 pounds) suggest he may do so as he continues to add strength to his frame. He typically pitches in the low 90s area early in his career but has bumped up his averages to the 94-96mph range. Garcia doesn't have the cleanest or most efficient delivery, but he did do a better job of repeating his mechanics in his Double-A campaign in 2019. Against the Royals on July 28th, he did struggle with control which is concerning, but he started instead of relieving so that start isn't a clear-cut way to see his potential.

Carson Fulmer: The newly acquired Carson Fulmer is going to be a project for the Tigers this season. The 2015 first-round pick out of Vanderbilt didn't work out for the White Sox, but his childhood team gave him the second chance. I don't know too much about Carson's pitches, but his four-seam fastball generates a high number of swings & misses compared to other pitchers' four-seamers, is an extreme flyball pitch compared to other pitchers' four-seamers, has some natural sinking action to it.

John Schreiber: Schreiber has made his MLB debut last season, but this seems to be the year where he has a spot in the pen. The Detroit Tigers drafted Schreiber in the sixteenth round of the 2016 MLB draft. After signing with Detroit, he was assigned to the Connecticut Tigers, where he went 2–3 in eighteen games with a 2.76 ERA and 1.09 WHIP. In 2017, he played for the West Michigan Whitecaps where he improved to the tune of a 5–1 record and 0.54 ERA in 27 relief appearances between. Ever since then, Schreiber has been improving each year until he made it to the big leagues

José Cisnero: The right-handed pitcher has pitched three innings and gave up three runs total as of July 29th. He has finally improved his game to the point where we can rely on him day in and day out. He's had a 1-2-3 inning involving one strikeout, and a pair of fly and ground outs. He was awarded the win on July 26th as well.

Bryan Garcia: Bryan Garcia is definitely not your average pitcher. He relies on three pitches, his slider, changeup, and sinker. Along with his fastball, he has solid command over each pitch. Similar to Joe Jiménez, as a right-handed pitcher, he throws arm side the majority of the time on his slider and sinker.

Buck Farmer: Farmer, for the past eight games, seems to be the tiger's reliable 8th inning set-up man in between Joe Jiménez and Gregory Soto. This season Buck has also improved greatly and shown it off originally during spring training, summer camp, and all of his games he has played. This season, he already has one win under his belt and in four games he is yet to give up a run or a hit. Throughout his career, Farmer relied on three pitches: a 91–95 MPH four-seam fastball (tops out at 97 MPH), a mid-80s MPH slider, and a changeup.

Gregory Soto: Gregory Soto paints corners of the strike zone like he was born to do it. His four-seam fastball can reach up to 100mph and has great control. In 3 2/3 innings, he's given up zero runs and struck out seven batters total. Last game against the Royals on July 28th he pitched an eight-pitch inning and struck two people out, and the third out was a groundout. It seems like Soto has improved greatly which is good. It has only been two games, but the good news is that Soto keeps improving his overall pitching ability as he continues to move forward. Working out of rotation will allow him to keep working on all of his stuff and his feel for pitching, with Detroit knowing his live arm could work well out of the bullpen if needed for a quick inning.

Joe Jiménez: Joe Jiménez this season has finally been named to be the teams closer, which has definitely been a confidence booster for him. In six games this season, he's already gotten four saves, and last night (6/29) in a narrow 4-5 game Joe threw a 1-2-3 inning to get us out of the game. His four-seam fastball is a real worm killer that generates an extreme number of groundballs compared to other pitchers' four-seamers, is basically never swung at and missed compared to other pitchers' four-seamers, has some natural sinking action, with an average velocity too. His four-seamer has some arm side run as well, meaning it will typically find its way to the right side of the strike zone since he's a right-handed pitcher.

Leave a comment down below if you agree. Thanks for reading!