Week 2: Takeaways from Each Game

A injury filled Week 2 has passed us and now we are onto Week 3. Here are 1-2 takeaways from each game of the second week.

Browns fans finally saw a Baker Mayfield who gave 110%. Baker led his team to 35-30 win over their division rival Cincinnati Bengals on Thursday Night. He threw for 219 yards and two touchdowns along with an interception. Mayfield showed off his arm on a 43 yard strike to Odell Beckham Jr. for the first passing TD of the game. His defense helped him at certain points during the game and forced the Bengals to punt, which gave Cleveland good field position. He certainly had a fire in his stomach and propelled the city of Cleveland to their first win of 2020. Is Baker finally showing why he was the #1 overall selection in 2018? 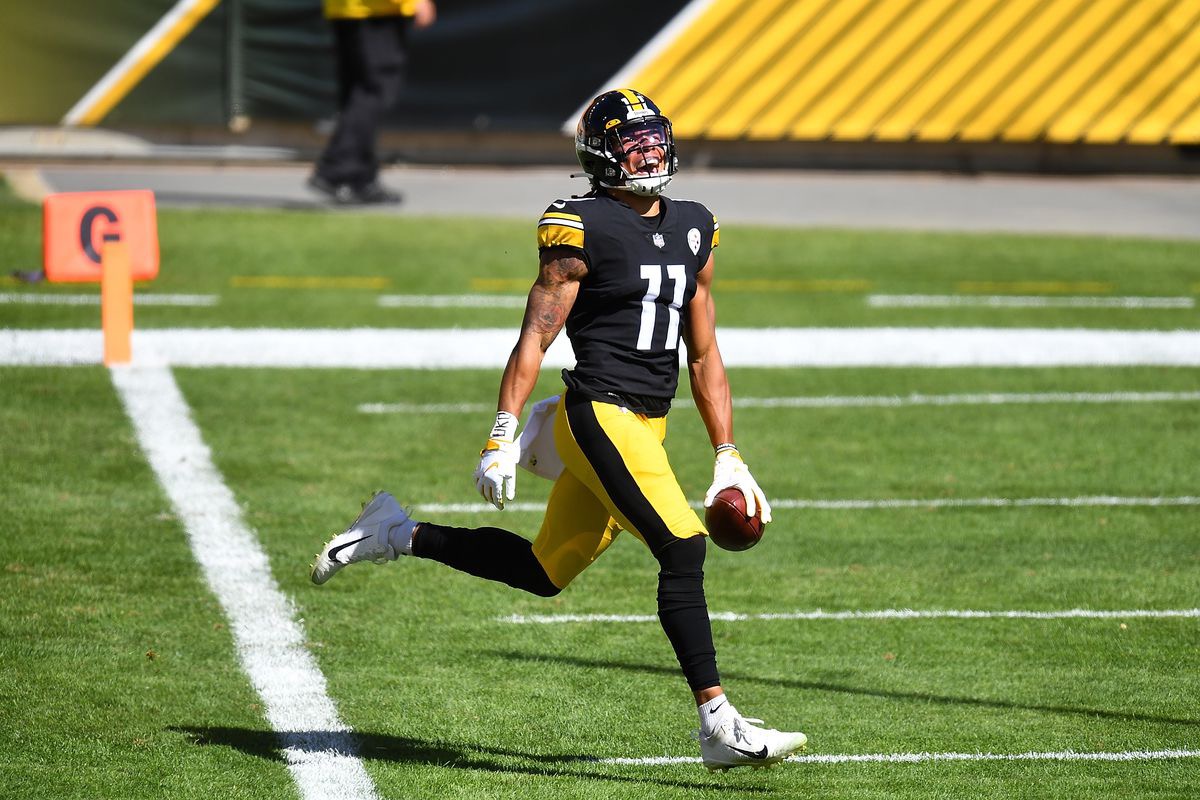 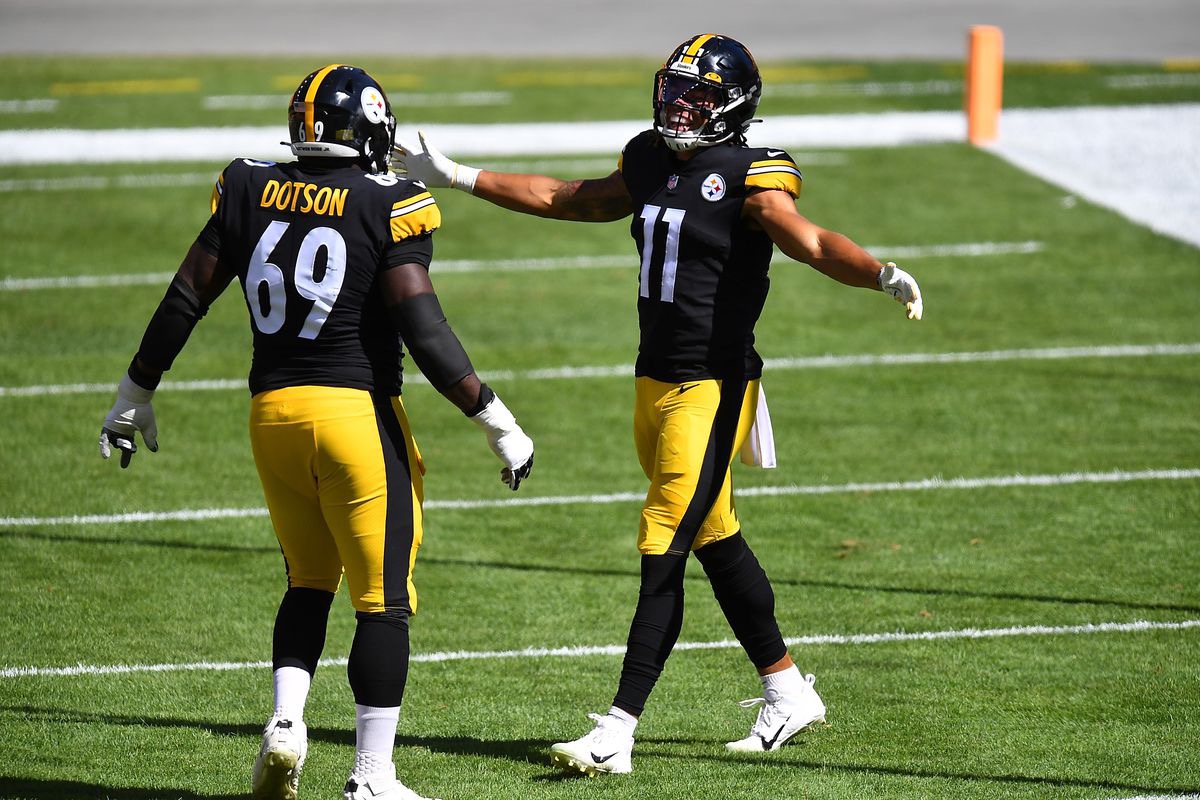 In a game that should not have been this close, two players stood out to me and others. Pittsburgh ended up winning 26-21 in their home opener.

Rookie wide receiver Chase Claypool has caught all five of his targets over a two game period, including today's 84-yard touchdown that was a big difference in the game. Catching 3 passes for 88 yards and a score, Claypool once again was Ben's only deep completion of 20+ yards.

4th round rookie Kevin Dotson is filling in for RG David DeCastro and Stefen Wisniewski for his first career start. Dotson did an amazing job and pancaked defenseman and allowed zero sacks. He made running lanes and I don't believe had any penalties. A very clean game for a rookie making his first career start.

The Falcons over the years have had big leads and have surrendered them. Super Bowl 51, this game, games against the Saints, and others. Atlanta converted 8/17 1st downs and 2/2 on 4th down, Dallas converted 0/2 on 4th downs. Usually it's because they abandon the run, that was the case in the Super Bowl. They ran the ball 34 of their 72 plays on offense and only accumulated 113 yards. Matt Ryan had a clean game but should have controlled the game. If Atlanta wants to win, they have to ground and pound when in the lead.

In another 40+ point game for the Packers, Aaron Jones was the star of the show this week in their 42-21 victory over the Lions.

Aaron Jones carried the ball 18 times and got a career high 165 yards and 2TDs, including a long 75 yard run and averaged 9.3 yards per carry. Jones accounted for 168 of the teams total 259 running yards. Aaron also led the team receptions and receiving yards with 4 catches for 68 yards and a score. He is elusive and a complete well rounded back which the Packers utilize correctly very often. When he gets going he is a dangers player for defenses and for people against him in fantasy.

The Colts defense overwhelmed the Vikings offense and only allowed just over ten points in their 28-11 win during their home opener Sunday morning.

Jonathan Taylor had himself a career day during his first NFL start. He rushed for 101 yards on 26 carries and scored a touchdown while averaging 3.9 yards per carry. Taylor ate away at the young, broken Minnesota defense and looked very calm. He didn't fumble which is a common things for rookies to do. Taylor enjoyed a less productive receiving day while catching both targets for only 9 yards. The Colts play the Jets and Jonathan should have another big rushing day.

Even though the Dolphins lost 31-28, Mike Gesicki showed up and balled out in their home opener.

Gesicki set a career high 130 receiving yards with a touchdown on 8 catches. Mike made an incredible one-handed grab, like you see above. Miami has been waiting for a game like this from him, and if he continues like this, that's another young offensive weapon for Tua and company in the coming years.

Anyone can beat the Jets

On Sunday, the 49ers suffered many injuries. QB Jimmy Garoppolo, RB Raheem Mostert, DE Nick Bosa, and DE Solomon Thomas all went down. But somehow they still exploded and won 31-13.

Nick Mullens took over at QB and tossed 71 yards and an interception. The most impactful players were out and the backups came in and still managed to score 31 and allow 13. 49ers out scored New York in the total tram yardage by 359-277, converted more 3rd downs, and had less offensive plays. San Fransisco went 3/3 in the red zone and the Jets went 0/2. Even with half of a practice squad they still won. Oh, may I add George Kittle, Richard Sherman, and Deebo Samual didn't even play today.

The Eagles offense won't be successful behind the O-line

The Eagles played terrible football today in their 37-19 loss at home.

The Eagles ran the ball more times than they threw it, which makes no sense. Philly has a terrible offensive line and gave up multiple sacks last week and one sack today. Miles Sanders had 95 yards on 20 attempts, usually if a running back runs it that many times they get over 100 yards. Wentz had no time in the pocket and threw 2 interceptions. If the Eagles want to win they need to start blocking a tight end very often and have an extra offensive lineman or running back for pass protection on passing downs. The Rams out-rushed and outplayed Philadelphia completely.

Leonard Fournette will be used more

Leonard Fournette is back, Fournette had himself a great game in Tampa Bay's 31-17 win.

Fournette had 103 rushing yards and scored 2TDs on only 12 carries, he averaged 8.6 yards per carry. Compared to his teammate Ronald Jones, Fournette was the main back during the game and Jones had 23 yards on 7 carries and a touchdown. Leonard is the more explosive back and Ronald Jone is more of a chunk yardage back. Thanks to this game, Fournette has a high chance of receiving the majority of the carries in week 3 like he did on Sunday. Fournette had 103 of the teams 122 rushing yards, he also had 4 receptions for 13 yards.

Minshew Mania is in fact real

Gardner Minshew strikes again but cannot lead his team back as they suffer defeat 33-30.

The Jaguars started off slow, which led to them losing. Minshew had 339 yards for 3 touchdowns and 2 interceptions, he went 30/45 on completions. Minshew led the Jaguars on a potential 13 point comeback but fell short on the teams final drive. The Jaguars had a 100+ yard rusher and four receivers with 40+ receiving yards on 4+ receptions. Minshew is the game changer and as long as he is back there converting 3rd downs, the Jaguars will have a fair chance of winning.

The Chicago Bears edged the Giants in their home opener win 17-13 on Sunday.

Somehow Mitchell Trubisky is winning games and looking like his old self at the same time. The Chicago Bears made the mistake of not only drafting a QB that only started one season in college, but trading up one spot when clearly the team above you didn't need a QB. On Sunday, Trubisky threw 190 yards, 2 interceptions, and 2TDs, he also went 18/28.

The Bears did all the work on the ground and with short passes that went for long gains. Chicago kept the ball out of Mitch's hands for the long passes, which is a rare smart move by the Bears coaching staff. Mitch has played fairly well over the first two weeks and is looking to repeat a Pro Bowl year he had in 2018. They do not have an easy schedule left and are in one of the most one-sided divisions in the league.

Kyler can carry a team and lead

So far, the Cardinals are 2-0 and with a 30-15 win during their home opener, the Arizona Cardinals are living up to their hype so far.

Murray has improved from his rookie year. Murray went 26/38 with 286 yards and a touchdown and interception along with 86 rush yards. When there is no designed run play or the Cardinals QB, he makes his reads and runs the ball himself, he has gotten better at that. The addition of DeAndre Hopkins gives Kyler a target to lobe up to when under pressure and a playmaker.

Murray is in a great system and although they don't have a great 3rd down conversion rate, they converted quite well on 4th downs. As the season goes on Murray will get better, he is the future of this team and Kilff Kingsbury will continue to have him lead.

Marquise "Hollywood" Brown is becoming a #1

The 2nd year receiver did not have a big stat day but he was the leading receiver in Baltimores 33-16 win over Houston.

Hollywood Brown hauled in 5 passes for only 42 yards. The Ravens did a lot of running but Hollywood did have a big 25 yard catch. Brown torched the Browns secondary in Week one with 5 catches for 101 yards, #1 receiver numbers. The Ravens offense is different because when they get up Lamar gets benched and they run the ball, rarely any catches for receivers when Robert Griffin III is in the game. Hollywood did show flashes at the end of last year but he played injured so this year he is 100%.

In his surprise Chargers debut, Justin Herbert took the Chiefs to overtime, but ended up losing 23-20.

Justin Herbert woke up Sunday expecting to sit on the bench, but a chest injury in warm-ups took Tyrod Taylor to the hospital then back on the field, but the Chargers decided to go with the rookie. Herbert went 22/33 for 311 yards and a touchdown and interception. Herbert ran the offense quickly, which the coaches did not expect because with around 10 seconds on the play clock they called timeout right as the Chargers broke huddle. Herbert also rushed for a touchdown on his first drive. The interception was just one mistake he made, he had a very clean game surprisingly. Justin showed off his arm, big play ability, his size, and his accuracy. He went toe-to-toe with Patrick Mahomes, imagine that for your first NFL game. Head coach Anthony Lynn did say when Tyrod is healthy he will be their starter.

Metcalf is a different receiver

In Seattle's 35-30 Sunday Night win, one receiver that stood out was DK Metcalf. Although he already was proven to some extent, we destroyed the 2019 DPOY.

DK Metcalf caught 4 passes for 92 yards and a touchdown, the touchdown was a 54 yard pass that he stiff armed Stephon Gilmore on. Metcalf tangled with Gilmore and did not back down, he fought with Gilmore all night long and made me wonder why he was DPOY instead T.J Watt. Metcalf is an explosive player, fans and players saw that last year during his rookie campaign. His ability to work the slot and outside is dangerous, he will win jump balls because of his height and vertical jump. His season totals are 8 receptions for 187 yards and 2 touchdowns, he will have a big year.

Drew Brees doesn't look into it

Drew Brees did not look good in the teams' 34-24 loss on Monday Night.

Brees went 26/38 with 312 yards and a touchdown and interception. Brees checked down to Alvin Kamara 9 times and totaled 95 yards. Drew didn't have any fire tonight and seemed not himself. The Saints were pretty much left offensively deprived without Michael Thomas, Kamara was the only offense New Orleans had.