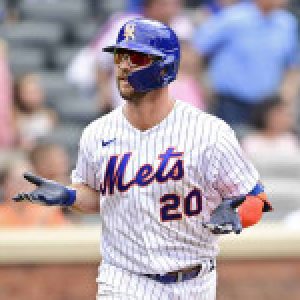 It was announced today (7/16/22) that Nationals superstar Juan Soto has turned down a 15 year 440 million dollar extension offer. With Soto likely being moved at some point in the future, let’s try to predict a Soto trade!

A trade of this caliber has not happened many times recently in the MLB. The only move that in some way compares would be the Mookie Betts trade. Mookie Betts was a champion, MVP caliber player who was 27, looking for a large contract with a new team. The trade involved the Red Sox giving Mookie Betts and past his prime pitcher David Price to the Dodgers for top prospect Jeter Downs, young outfielder Alex Verdugo and catching prospect Connor Wong. The main difference between these two situations is that the Red Sox were looking to retool, not rebuild, while the Nationals (currently holding the worst record in baseball at 30-62) are in full rebuild mode.

It is obvious trading for a player as talented as Soto will be very difficult for any MLB team, but what will it cost? It seems like Soto will likely draw in at least 2 top-100 prospects with one being top 30, and young pieces they can use to build a strong core for the future. For example, I could see a team like the Dodgers (yes they are still looking to upgrade), offering a package similar to this.

RHP Bobby Miller (#26 prospect in MLB)
INF Miguel Vargas (#70 prospect in MLB)
RHP Dustin May – Very good 24 year old pitcher coming back from injury
OF Cody Bellinger – 27 year old, who has performed in the past, and would be a good risk for Nationals to take.

This is likely a trade package that could entice the Nationals, but it might take even more. Teams like the Mets and Padres could offer a proven young pitcher (David Peterson, Mackenzie Gore) along side a package of top prospects. While a team like the Marlins could offer an all-star caliber young arm like Pablo Lopez along with a very strong package of prospects.

The only other issue for a team trying to acquire Soto will be paying his contract extension. Soto’s contract will likely be well over 400 million for 12+ seasons, and this kind of commitment to 1 player will make many suitors shy away. Teams like the Mets and Dodgers, whose respective owners have voiced no problem exceeding the luxury tax may make the commitment to Soto. But it must be remembered, these teams already have multiple players on 100+ million dollar contracts.

If (when) Juan Soto is traded, the Nationals will likely receive a trade package unlike any other, but it is unknown right now which team will be able to accomplish this.