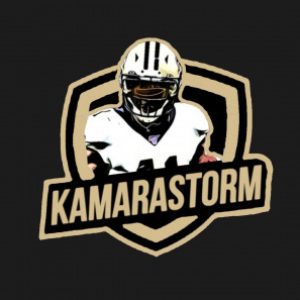 Recap of the Saints’ 2021 Draft Picks

The Saints had a total of 8 picks before the draft, and came out with 6 players after the draft. The main positions needed were Cornerback, Linebacker, and Wide Receiver. Did the Saints do well in this year’s draft? Let’s have a look and evaluate some player they picked. (The last two picks and UDFA signed players will be left out since they are mainly depth players)

1. Payton Turner, DE, Houston
Oh boy, not very many people were happy about this pick. A Defensive End was not a priority in the draft, and the Saints missed the opportunity to draft multiple prospects that not only filled in what they needed, but fit with the Saints’ scheme. The Saints passed on Elijah Moore, Jeremiah Owusu Koramoah, Asante Samuel Jr, Nick Bolton, Rondale Moore, Terrace Marshall Jr, Jabril Cox, and Kelvin Joseph. Turner was projected to be a late 3rd/early 4th round pick, yet the Saints drafted him in the first round. A relevant argument to support the pick would be that the Saints lost both Sheldon Rankins and Trey Hendrickson in the offseason, making them need more depth in the Defensive Line. Yet, Payton is actually a very skilled player, being able to play outside and inside on the line, similar to what he’s done in college. Though he may not start much in the next season, he can develop to be a starter in the next couple of seasons. He’s fast and has a big wingspan. In 2020, Turner had 5 sacks and 10.5 tackles for loss within 5 games. His college career consists of 9.5 sacks, 114 tackles, and 23.5 tackles for loss.

2. Pete Werner, LB, Ohio State
Werner was definitely not a fan favorite when being picked, but he’s actually a pretty good pick. He fills the need of drafting a Linebacker, and though he’s not as athletic as other LB prospects, he is very consistent. The Saints have had a lot of good Linebackers in recent years, but they weren’t consistent among both games and seasons. Werner is good in pass coverage, he only allowed 1 touchdown and committed 2 penalties out of a total of 1,958 snaps in his college career. His college stats have 185 tackles, 4 sacks, 4 forced fumbles, 2 fumble recoveries, and 13 pass deflections.

3. Paulson Adebo, CB, Stanford
During the 3rd round, the Saints traded the 98th and 106th overall pick to the Broncos for the 76th pick. They used this pick to draft a Cornerback, and a big one at that. Standing at 6’1, 198 pounds, Adebo is a smart and physical corner, and is superior in man coverage. He has a lot of potential in the Saints Defense, especially when put under a former coach of the Legion of Boom. A supporting statement of this would be from an evaluation of him on Whodattnation.com, “If he develops the way he should develop, then Adebo will fit in with Richard”. In 2 seasons, his college stats include: 97 tackles, 8 interceptions, 27 pass deflections, and 1 forced fumble

4. Ian Book, QB, Notre Dame
Book was drafted by the Saints for QB depth and is completely understandable. Most fans wanted a WR this round, but the choice this round makes sense even though most people don’t agree with it. Both Jameis and Taysom are very good Quarterbacks that have the potential to start, but they both have their own flaws. With Jameis it’s interceptions, and with Taysom it’s accuracy and fumbling. Both QBs will of course be working on fixing their flaws, but Sean Payton knew there would need to be some depth at the QB position in case they weren’t the answer or if both were injured in a worse case scenario. In his 3 year college career, he won 30 games and lost 5, going undefeated at home. His build is similar to Drew Brees and can throw while outside the pocket. He has the most wins in Notre Dame history for a quarterback. It is uncertain how he will turn out for the offseason, but he is currently battling to be mentioned in the Winston-Hill QB competition.