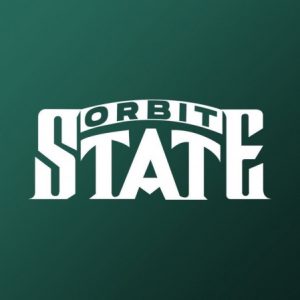 On Saturday, the Minnesota Golden Gophers traveled to East Lansing and took on the Michigan State Spartans. Minnesota dominated the Spartans and won 34-7 in a game that wasn’t even that close. After a devastating loss to the Washington Huskies last week, the rest of the season isn’t looking good for the Spartans.

The Gophers were able to pick apart the Michigan State secondary with ease. Tanner Morgan went 23/26 for 268 yards and 3 touchdowns on Saturday. Minnesota was able to hit 10 different receivers in the game as they could seemingly do whatever they wanted on MSUs secondary. The Gophers were also able to run the ball with ease, Mohamed Ibrahim ran for 103 yards on 22 carries and found the endzone. Michigan State couldn’t get pressure on Morgan at all, as he was able to sit back in the pocket all day with no threat of getting sacked, on multiple 3rd and longs Morgan was able to analyze the field and throw the perfect ball. If MSUs defense continues its struggles, the Spartans are in for a long season.

The Spartans offensive struggles played a major role in this blowout loss as well. They found the endzone just once, with 17 seconds backup QB Noah Kim threw a 27 yard TD pass to Germie Bernard to avoid an at home shutout for the first time since 2020. From the very start of the game the offensive struggles were apparent, MSU went 3 and out on their first drive while Minnesota scored on its first two drives. Michigan State could have made it a game multiple times but the Payton Thorne turnovers prevented the Spartans from scoring. Thorne’s poor decision making is what cost MSU the game. The 2 interceptions and a fumble inside the 10 have State fans calling for Thorne to be benched. Michigan State also had trouble running the ball against the Gophers, it seemed every time the Spartans tried to run, there was nowhere to go and the play would get blown up. The dynamic duo of Berger and Broussard had only 36 combined yards on the ground. If Michigan State wants to win games the offense can not struggle like it did against Minnesota.

What the rest of the season will look like

Michigan State’s remaining schedule is as follows, At Maryland, Vs #3 Ohio State, Vs Wisconsin, @ #4 Michigan, @ Illinois, Vs Rutgers, Vs Indiana, @ #11 Penn State. If Michigan State continues to struggle like this, it’s not unrealistic to assume they won’t win a game until November. The season doesn’t get any easier from here on out, with 2 losses their playoff chances are already gone, and if they don’t turn things around they may not even make a bowl game.

There is no doubt next week is an absolute must win game for MSU. The 2-2 Spartans will take on the 3-1 Maryland Terrapins in a must win game for both sides. The Terps are coming off a 34-27 loss to the Michigan Wolverines, and have one of the best QBs in college football, if the Spartans want to come out on top major changes must be made to the secondary. If MSUs defense continues to struggle we could be in for a worse game then Minnesota.

If Michigan State wants to turn the season around, major changes are needed. Many fans want Noah Kim to start at QB, and there is a very big chance Kim will get the nod @ Maryland. The Spartans secondary needs major improvement if we want a shot at a good bowl game this year. The schedule doesn’t get any easier for MSU and they need to turn things around to avoid a downward spiral. Big Ten title hopes are likely already gone and at this rate we may not make a bowl game, the Spartans need to make massive changes to avoid losing their season.