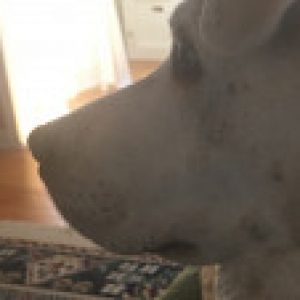 As we approach the halfway point to the NFL season, as a jets fan, I have to look past this season. As with many other fans around the NFL, I’m monitoring a race unlike any other. The race to be the worst. Let’s take a deep dive into this past week and the current standings. I will be using NFL’s own article on this to determine the order.

The lions are in a strange spot. They have had a chance to win in a majority of their games, however just haven’t been able to finish games. Sure, talent wise, they are really bad. But if you look at some of the other teams on this list, they might not be worthy of this spot. Especially with their coaching and strategy. Dan Campbell’s boldness and his teams bad luck are what have gotten this 0-7 squad to the top draft pick. In regards to the rest of their draft picks, they have the LA Rams pick which is quite low in terms of usability but always a good trade asset for them to dangle for someone to move up back into the first round. They also have some compensation picks projected to be in the 3rd and 5th rounds by PFN.

With a Deshaun Watson trade in the works, the Houston Texans are looking to be in full rebuild mode and with a draft pick this high, they are on track to start their rebuild off strong, and I’m very curious to see what the return package entails. Spoiler alert, its looking to be a lot from the dolphins with a reported agreement containing 3 first round picks and more. As for the on the field play, Houston has been better than we expected with a strong start, but then fell back to earth when Tyrod Taylor got injured, leading to 4th round pick Davis Mills taking the charge at QB. He has proven to be a fantastic tank commander, and not much more. I’d be interested to see what happens with his career going forward though. They are another team that has performed better than their record shows so they could spoil some playoff hopefuls chances. In regards to additional picks, they have some late round picks in the 3rd, 4th, 2 6ths, and a 7th they acquired from other teams according to PFN.

The Eagles have a massive draft haul this year featuring this pick, their own pick at 9, and based off of Carson Wentz’s playing time, their 1st at 14 as well. As for Miami, they were looking to take the next step toward championship contention, however fell far short of that goal with an abysmal start for a team with playoff push aspirations. Tua Turndaballova(also known as Tua Tagovailoa or just Tua because I refuse to attempt good spelling) has done exactly as his last name has stated he would do often. The dolphins are eyeing up a replacement with an agreement to acquire Deshaun Watson reportedly in place as reported by John McClain. Miami still has a 1st round pick, but it isn’t nearly as high up at this one. I don’t truly know if they can contend with this core. They proved they could last season, and this season they completely flopped. Brian Flores has lost the locker room and players just don’t trust him. He may be the most successful hoodie understudy but he hasn’t flied yet.

Now on to my favorite section of this. I’ve been wanting to rip into this team for a while now. Alright so the first thing is, the fanbase of this team has foolishly placed expectations on this rebuilding team in year 1 of a rebuild lead by Zach Wilson, alongside rookie coaches, one decent, one garbage, one fantastic. You can figure out which ones I’m talking about on your own based on the differences between the offense and defense apart from week 7. After an absolute beating from the patriots, the Jets look to drive the tank forward with Joe Flacco with tank commander experience. Overall, a terrible season and from my perspective the worst performing team, especially early in games where they disappear until the second quarter or even after the half. I did mention this is a rebuilding team so these things should fade away with time. And with a top 5 draft pick and 9 total in this draft, all in the first 5 rounds. They also managed to get another top 10 draft pick from the Jamal Adams trade. If it were to stay there, the Jets could be in a great place for the future. Until the games have to be played and Joe Namath reminds us he sold our franchise for one super bowl.

The Jacksonville Jaguars are yet another team at the start of a rebuild. The champions of last years Tank Bowl are still contenders to repeat. However a victory across the pond thanks to a kicker with aspirations to win football games(ew) who they picked up off the street they find themselves fighting for top 5.  The Jags and Jets have been very close for the title of worst team in the NFL in my opinion. Trevor Lawrence has not been the prodigy that was promised as of yet. The offensive line has been less useful than a group of pylons. Robinson has been good but the oline hasn’t given him any help whatsoever. On the other side of the ball, the Jags have been just as abysmal as the offense. But the biggest problem isnt any of those things. It’s the incompetent coaching staff led by a man so uninterested he stayed in ohio at a bar with a woman not his wife, and shall we say, had some fun. However, this team is incredibly young and with proper coaching, they could be something special.  Regarding additional draft picks, the Ramsey haul has run dry meaning the Sacksonville era is offically over, and only have late round picks from other teams.

The other New Jersey team is continuing to get top 10 pick after top 10 pick. They took a step in the wrong direction this week after a win over the Panthers 25-3. They still remain the highest picking 2 win team with top 3 aspirations. Danny Derps has been interesting. He has taken strides but I personally am still skeptical. Saquads is currently out yet is still a fantastic player rotting on a terrible team. The trenches on both sides of the ball are still not good but Azeez Ojulari has certanly helped. This is a team thinking about what they can do with this core. Getting Danny Derps weapons galore could mean they are attempting to compete now. If so they aren’t passing this test, and that could signify change for the giants. My take on this, it’s smart to see what danny derps can do with top weapons, but he still has some awful games. In regards to draft picks this year, they have Chicago’s first which could be a great asset with Matt Nagy at their helm. I’m very curious to see what they choose to do this offseason.

Seeing as we already have talked about tank green, lets take a look at the team giving away this pick. Seattle has had some unfortunate luck, with star QB Russell Wilson being injured. The offensive line per usual has been in a bad place, which is a large part of what led to this pick being so high. But what has had debatably the largest impact on this pick has been the defense. Jamal Adams was the one who got this pick to New Jersey and blitz boy has lived up to his nickname. However, he still has zero sacks, and as a secondary player, 0 interceptions. He also received a massive payday with a 20 million per year from Seattle, a record high for a safety. However, they haven’t really paid for a true safety as much as they’ve paid for an edge rusher. If you think of the deal like that it is an absolute steal. Yet, this team overall is in despair, in a year where they were expected to contend for division and conference championships, they have merely entered a tank into the battle. And it isn’t even competing for their own banner. Seattle however does have the Jets 4th round pick this year so at least they have that.

The [REDACTED] are undergoing a rebuild yet again. Yes I did steal a UrinatingTree joke and it’s funny. Washington is a team that should be higher on the order,  yet Ron Rivera has led this team to a 2 win record heading into week 8. Taylor Heineke has performed solidly in the absence of veteran Ryan Fitzpatrick, and he has a fantastic young receiving core starring Terry McLaurin and a fantastic WR2 in Curtis Samuel. Their defense has been underwhelming considering their dominant performance last year. This team has a few needs, but a franchise QB is near the top of that list, as well as protection for said QB. The defense has the pieces to make something good happen, however they are in a slump, and just don’t have the capability to make plays when they need to this season. Also, Chase Young should have won ROTY last year. In the other picks front there is nothing. Apart from not having a 5th round picks they haven’t acquired or lost any picks from other teams.

Since  we already discussed the Eagles a little bit earlier, this might be a shorter section. Yet another NFC East team in the top 10, the powerhouse division that cranks out fantastic tanks every year consistently in recent years.  They’ve sent 3 tanks to the top 10 last year, and with the way these teams have been playing, they might be able to do it again this year. Onto the eagles specifically, they have been better than expected this year, however the eagles are stuck in a strange position. They look to be a team attemptng to win now, but just don’t have the capable team to do it. Jalen Hurts has not been on the level of a franchise QB, they have a whole lot of questions to answer, and this season none of them have been answered thus yet. They also have 3 picks inside of the top half in draft order, meaning they may be starting a rebuild with this season and onward.

Despite not having their own first round pick, the Miami Dolphins have a top 10 pick currently. This is thanks to the 49ers desperation to move up to select Trey Lance, who looks to be their franchise QB going forward. Seeing as the 49ers are a team with aspirations of conference championship and were one of the favorites to win the super bowl. San Fran may have gone all in chasing a mirage of long term contention. With Jimmy Jesus injured it leaves rookie Trey Lance at the helm for the Niners who has been, much like all the other rookie QBs, struggling. But on paper, this isn’t a bad team. It is very difficult to find their largest weakness as of now has been finishing games. Each of their games have been close, but they still have a losing record. Although, despite their struggles, they have only played 6 games, so they still could improve a lot, however, they  could just as easily crash and burn and make their pick higher than Miami’s own, which could flip the perception of their team entirely.

Overall, there is still a lot of time left in the season, but the top 10 is taking shape. There are also many more contenders that could easily jump onto this list. There will be an update after this week so stay tuned!