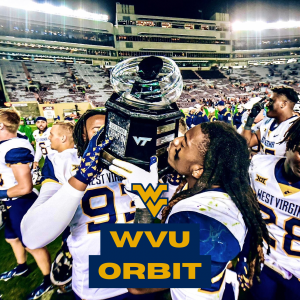 AN OVERLOOK AT TEXAS

23rd ranked Texas is coming off a loss in their first Big 12 conference match in Lubbock against Texas Tech in overtime, 37-34. This brought the Longhorns down to 2-2, losses coming from top ranked Alabama and Texas Tech, wins coming from UL Monroe, and UTSA. In their first game, a win against UL Monroe, 52-10, Texas dominated. The only flaw for Texas in this game is their defense/special teams had some soft spots and bad communication on a couple of plays. Their game against Alabama is by far the most impressive. Even though a loss, 20-19, Texas’ defense found their errors against ULM Monore, and were able to correct them against the Crimson Tide. However it seems while correcting their defense, Texas’ offense was outrageously bad, both quarterback combined for around 300 yards, but still could not succeed in the end zone, with zero touchdowns for either. Bijan Robinson couldn’t pick it up either, only rushing for 57 yards off 21 attempts. In their third against the UTSA Roadrunners, Texas started extremely slow. 17-17 at the half, and then the Longhorns really picked up. Their defense only allowed three points in the second half, and their offense scored 24. Two LONG touchdown runs in the second half by Robinson, and Hudson Card was able to step in for Ewers and looked confident and calm.

The Red Raiders embarrassed and exposed the Longhorns Saturday evening. They did not beat them by sheer luck, it was not a fluke, they just found Texas’ weak spots and hit them the most. In the offense, an absolute air raid occurred. Donovan Smith threw 56 passes and completed 38, threw for 331 yards, and two touchdowns with no picks. He found Myles Price thirteen times for 98 yards, and he found halfback Tahj Brooks and tight end Baylor Cupp. Their defense was not capable of stopping star halfback Bijan Robinson, as he went for 101 yards and two touchdowns. They forced him to fumble, in crunch time. They found his weak spot late into the game, they enforced the weak spot, and they executed. This is what we need to do to win against the Longhorns, and take notes from Alabama and Texas Tech.

HOW WEST VIRGINIA CAN WIN

Yes, 100% is WVU capable of beating Texas, we saw Texas Tech break down the Longhorns’ secondary with bomb after bomb, and we can easily convert that over with Graham Harrell. JT Daniels knows where to look for his receivers and how to throw them the ball, we have great jump ball receivers like Bryce Ford-Wheaton, and Preston Fox, and route runner like Sam James and Kaden Prather. We have the running back room to match up with Bijan Robinson, veteran Tony Mathis, on the rise freshman CJ Donaldson Jr. and Justin Johnson Jr. We have the linebackers and defensive line to take on Bijan Robinson, we have Stills, Bartlett, and Kpogba. But I’m worried about our secondary, with cornerback Charles Woods still questionable after his injury against Pitt, that leaves Aubrey Burks and Rashad Ajayi to step up in Saturday’s matchup.