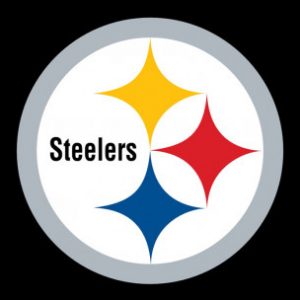 The Arizona Cardinals ARE a Playoff Team

The Cardinals will enter the 2021 season as a different team, defensive and offensive additions have been made and Larry Fitzgerald has not yet been resigned. Arizona was close to a playoff berth but fell short and Chicago go in, but the Cardinals are taking precautions to make sure that won’t happen this year.

The Arizona Cardinals almost made the playoffs in 2020 for the first time since 2015, which was a very memorable playoff run for the birds. Since then, Arizona has made coaching changes, gone through a few quarterbacks, and changed their entire team as they entered rebuild mode. Last year’s offense was 13th ranked in scoring, mainly because they acquired DeAndre Hopkins during last year’s offseason. But let’s take a look at why they are a playoff team.

Kyler Murray made the second-year leap and what a leap it was. In 2020, he threw 3971 yards, 26 touchdowns, and 12 interceptions, the same amount of interceptions he threw in 2019. Murray also increased his rushing stats and was given more chances and options to keep the ball for himself, and he did not disappoint with 11 touchdowns and 819 yards. Kyler is surrounded by offensive weapons like DeAndre Hopkins, Christain Kirk, Maxx Williams, and newly acquired players, including A.J Green, James Connor, and Rondale Moore. Christain Kirk is a great deep threat like Hopkins but possesses less speed. The receiver core only gets stronger when Arizona utilizes the speed of Andy Isabella and Rondale Moore’s route running.

Arizona was heavily committed to upgrading the defense through free agency and the draft, five of their seven draft picks were spent on the defensive side of the ball. Arizona lost their team-leading sack leader through free agency, in response they signed J.J Watt. Watt is better than Haason Reddick and is much more feared, he will bring not only his talents and veteran presence but he will be feared by opposing offensive lineman. The linebackers are the strongest part of the defense, Chandler Jones, Isaiah Simmons, and the newly drafted Zaven Collins lead the deep linebacking core. Collins, who was drafted out of Tulsa, is a defensive chess piece that can cover, tackle, and rush the quarterback with speed. The defensive back are either veterans or younger players, the loss of Patrick Peterson hurts in more ways than one but Malcolm Butler should fit right in as his replacement.

Arizona has been a defensive-needy team over the last couple of seasons and with an offseason like this compared to how close to playing in January they’ve been, they are more than talented enough to be one of the eight teams in the NFC playoff picture when the time comes.