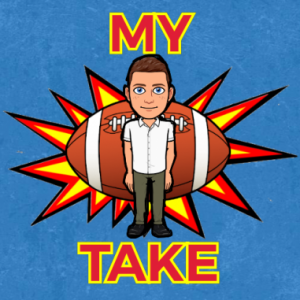 This is the most underrated, underutilized, and underappreciated WR in the NFL

Unless you are a fan of the Washington Football Team or are in the mix on the WFT meme culture, you probably don’t know who the cover man is. The man this article is about is a wide receiver from Alabama, a former 4 star recruit, 87th best player in his HS class, and maybe has the best catch of this year, Cam Sims.

Who is Cam Sims?

Sims is a big bodied receiver, standing at a massive 6’5″ and weighing 220lbs. His career stats are 49 receptions on 74 targets, 715 yards (14.6 y/r), and 3 TDs in 38 games, 14 of those being starts. After constantly being on and off the 53 man roster, Sims finally had his chance to get some time on the field in 2020 as a part of an overall lackluster offense. When on the field as a 2nd/3rd option, he was pleasantly surprised fans, making constant splash plays and earning the love and respect from diehard Washington fans. He is most famous for his one handed catch against the 11-0 Steelers in 2020 and mossing Trevon Diggs in the end-zone in 2021.

Why should he get more respect?

Dude is a play maker. When you watch his film, you see surprisingly good agility both in his routes and with the ball in his hands, especially for his size. Washington likes to have him run wheel routes, crossing patterns, and fly routes from the slot due to his size and shiftiness. While he isn’t necessarily fast, Sims gets up to top speed quickly, and that combining his humongous frame makes it a nightmare to bring him down if you give him space after the catch. You have to ankle tackle him as he’ll throw you off of him if you try to hit-stick him. Despite having only 49 receptions, you’ll find it quite easy to make a 3-5 minute highlight reel of him as his spectacular catch ability is tremendous. His long arms and big hands make outstretched catches over defenders heads or one hand catches look easy.

What does he need to do better?

Drops in the past have been a problem for him. You’ll sometimes see him drop wide open passes for no apparent reason. Despite being 6’5″, he doesn’t always use it to his advantage while catching the ball, lacking aggression usually on contested catches, preferring to shy away and back shoulder rather than attack the ball at it’s highest point (unless you’re Trevon Diggs or a practice squad CB in 2019). Lacks top end speed to turn a 15 yard catch and run to a 65 yard catch and run, only clocking a 4.64 40-time in a offense with speedsters like Terry McLaurin, Dyami Brown, Curtis Samuel, and Antonio Gibson.

Cam Sims is a big play waiting to happen every single down. He has the shiftiness, size, spectacular catch, and route running to be an absolute nightmare for DBs. He just needs to clean up his concentration drops, lack of aggression at the point of attack, and maybe get a bit faster. Overall, he needs a bigger role in the offense, only seeing 31% of the snaps this past year for Washington. In my opinion, he can be a number 2 option in the passing game behind McLaurin and should get playing time over guys like DeAndre Carter, Adam Humphries, and Dyami Brown.