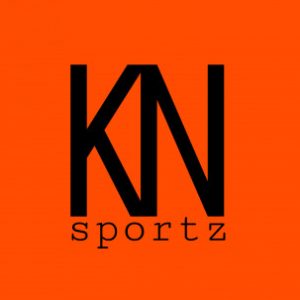 Alabama has been the top dawg team for years now. Nick Saban has been an amazing coach. Whether you like or dislike Alabama, you have to respect them. Georgia recently took over the #1 spot over Alabama. Alabama ALMOST lost to Texas. It was kind of embarrassing for them as the Texas starting quarterback got hurt and taken out of the game early. They only won by a point. Now they have to face a good Arkansas team on the road. If the Razorbacks win this game, they will shoot up in the AP Polls. Alabama would go down some as well. It should be a good game. It looks like Alabama’s “dynasty” is going out.

Oklahoma State is still undefeated after three games. But they haven’t played good opponents. Baylor has lost one game against ranked BYU. The other three games they won have been against mediocre teams. So this game should show us who wants it more and who is a contender and who is a pretender. I think an upset here is VERY possible. If Baylor wins, they boost up and Oklahoma State will most likely drop out of the top 10.

The reason I put this game is because an upset here is also VERY possible. Although Clemson is undefeated, they haven’t looked the best. They barely won against Wake Forest. N.C. State has a real shot here. They cut it close against East Carolina in their first game of the season but since then they have improved. They have beaten Charleston Southern, Texas Tech, and Connecticut. If they beat the Tigers, they could sneak in the top 8, and Clemson would drop out of the top 10, maybe even 15.

Washington has been looking pretty scary and I am here for it. It is always nice to get some new teams in the mix. They are undefeated and they look to keep that going. They even beat a ranked Michigan State team. UCLA is also undefeated but they have a really tough schedule the next few weeks. Their next 3 games are Washington, Utah, and Oregon, which are all ranked inside the top 15. If Washington wins this, they could sneak inside the top 10. If UCLA pulls it off, they could be ranked.

Texas Tech has beaten two ranked teams, Houston and Texas. Kansas State is coming off a huge upset win over Oklahoma. That gave them a ton of boost and momentum. Whoever wins, will be/stay ranked. Texas Tech could very well be in the top 25 if they get a win here. And if Kansas State wins, they could find a spot in the top 20.

Kentucky has been pretty surprising and good. The only “real” opponent they played though is Florida and they won by 10. This team has so much potential and I am excited for it. But they play another undefeated and ranked team in Ole Miss. Ole Miss has not had a strong opponent to play. So this is going to be a test for them. We get to see if they are real or not. I think this game is going to be a good one for sure.

Oklahoma is coming off a disappointing upset loss against Kansas State. And they get to play an undefeated team this week. TCU hasn’t played a real good team though. Oklahoma should bounce back and take this one but you never know so that is why it is on here. Plus apparently purple teams scare them.

Utah was supposed to be a top team this season but they lost their first game against Florida by 3. Since then, they have had a cakewalk. But they are about to be tested again. Their next 3 opponents are Oregon State (3-1), UCLA (4-0), and #6 USC (4-0). They are going to need a huge boost and lots of momentum to get through these next few weeks. This game is a must win game for them.

Who doesn’t like a solid game where both teams are in the lower ranks. Wake Forest has only played one real good team where they lost against Clemson. Florida State has had some solid opponents and they are still undefeated. They could be a real contender if they win this game. But they play N.C. State and Clemson in the next two weeks. They are both top 10 ranked teams. So this is a must-win game to get a momentum boost.

Last not but not least, KANSAS. Not Kansas basketball, Kansas football, weird huh? They are currently 4-0 for the first time since 2009, where they went 5-0 in the first 5 games but then lost the rest. They are getting tested here by the 3-1 Cyclones. Iowa State is picked to win but if Kansas pulls off ANOTHER win, they have got to be ranked. The rest of their schedule is really tough though. But I have faith in this Kansas team because it is fun and we all love to see an underdog.

I hope you guys enjoyed this article. It is actually my first article revolving around college football. Let me know your predictions and thoughts!