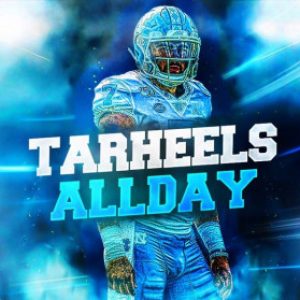 The North Carolina Tar Heels lose a 21-17 heartbreaker at home to—did I read that right—Georgia Tech?

The Heels were favored to win by 21 at home. They lost by 4.

The Heels’ Heisman-candidate quarterback Drake Maye didn’t look like himself, throwing for only 201 yards and 1 interception. Star wide receiver Josh Downs led a quiet performance, with 3 catches for 31 yards, before dropping a crucial TD pass on 4th and 11 with 4:10 left in the 4th quarter.

The Tar Heels’ offense looked incredibly out of sync and messy throughout the entire game, leading to 0 points after the half.

The Yellow Jackets erased a 17-point deficit, being down 17-0 going into the second quarter, and a 2-yard Dontae Smith rushing touchdown at the end of the half put them on the board 17-7 going into the 3rd quarter.

Georgia Tech preceded to force 2 back to back punts and a Drake Maye interception in order to explode for 2 touchdowns while the Tar Heels went scoreless.

There are not words I can use to describe the Heels’ offense in this game. It was so hard to watch, and uncharacteristically, I was dreading every time they would step back on the field.

UNC’s offensive line gave Maye very little time to make decisions to throw the ball or run, forcing him to try and be a superhero over and over, and making him feel pressure that wasn’t even there.

Additionally, the offensive play calling was subpar, laterals being the predominant play in action for the Heels in long yardage situations.

But the problem was, if Maye had no time to make a decision, his amount of weapons did  not even matter.

Maye did not throw a single passing touchdown in this game, the Heels’ leading receiver being tight end Bryson Nesbit, with 4 receptions for 85 yards.

There were also many controversial calls that substantiated the Yellow Jackets’ win, such as a long-yardage Nesbit catch on 3rd and 24 called incomplete, when many saw that his knee was clearly down before he “fumbled”. This was in addition to a called back Elijah Green touchdown as a result of a holding call, unfortunately also on Nesbit.

If these plays were completed, who knows what the outcome of the game would’ve been.

But with the Heels inconsistent offense, I personally believe that it was just not meant to be and that neither luck or momentum were in UNC’s favor on that fateful night.

Overall, the UNC defense did what we expected them to, but UNC’s offense let a rough night continue and plague their usually highlight-reel offense.

Unfortunately, this game most likely ends the Heels’ playoff chances, and officially ends their undefeated streak in the ACC. But, they have still won the Coastal division and will play #9 Clemson in the ACC Championship on December 3rd.

The Heels look to redeem themselves on November 25th during rivalry week against newly unranked NC State.