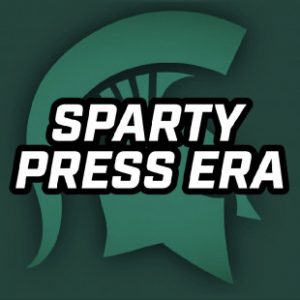 What Went Wrong At MSU

Obviously most of us know the atrocity that is Michigan States defense this year and last. However I think most Spartan fans have a warped knowledge of why exactly we are so bad. So here Im gonna dive into the problems and what’s causing them

So firstly is the god awful pass defense. Obviously we miss Henderson but even he is overrated by Spartan fans. He could barely cover a rug last season, the problems go much deeper than injuries. The loss of Jacob Slade also hurts but has little effect on the pass defense. It seems to be split between lack of talent and awful scheme. Scott Hazelton has no clue what he’s doing brining two huge cornerbacks 10 yards off the WR on 3rd and short-medium. They’re huge, they played SEC, let them press and see what happens because clearly they can’t cover anyway, see if they just don’t get off the line. The Linebackers, specifically Cal Haladay, are absolutely atrocious in pass coverage. Cal couldn’t cover a lineman with 2 broken left legs. His incompetence is masked by his 2 Pick sixes last season. Him and Vansummeren are both extremely overrated and wouldn’t play for almost anyone else in the Big Ten East

The Pass Rush is a problem that has been overlooked due to the amazing play of Jacoby Windmon. Washington started the trend of doubling hij and look what happened; no pressure. We are incapable of 1on1 wins in pass rush. It’s pathetic and at some point you have to question the skill of Bogle and the others. The run defense, at least for now, (Week 4) gets a pass because they are without they’re prized possession of Jacob Slade.

Now onto the equally terrible and terribly coached Spartan offense. Jay Johnson clearly has no idea what he’s doing. He has a scripted playbook and no ability to improvise. Kenneth Walker masked his worthless scheme for a year and now it’s come into the light in a major way. Payton Thorne looks lost out there and is just giving the ball away like it’s candy on Halloween. The running backs were one of the fastest stock fallers so far as they just can’t get yards between Broussard running scared and Berger being unable to cut and be elusive and the awful run blocking there’s nothing pushing the running game.

A lone bright spot so far has been the receivers. Without Jayden Reed people thought we’d be lost be the ability of Keon Coleman and Tre Mosley to carry the load and step up even with the terrible QB play has impressed me very much. I look forward to seeing Keon develop and to see Tre as a Senior next year.