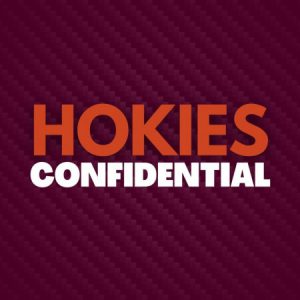 What Went Wrong for the Hokies against WVU

On Thursday, the Virginia Tech Hokies took on the Mountaineers of West Virginia. The final read 33-10 in favor of the Mountaineers when the clocks hit zero. I am here to write about what went wrong for the Hokies in their biggest loss this far in the season.

In the first drive of the game, the Hokies defense stood very strong and forced a 3 and out after allowing the Mountaineers to get to 3rd and short. Unfortunately the Hokies followed up with a punt after gaining a first down on their first drive. Punter Peter Moore struck a beauty that spotted West Virginia at their own 2. They then proceeded to march the field and get into the redzone before being held to the only 3 points that would be scored in the first quarter.

On the first play of the second QB Grant Wells threw a jump ball to Kaleb Smith who came down with it to give the Hokies what would be their first and only lead of this ball game. The Hokies and Mountaineers then traded turnovers and punts before the Mountaineers were able to cut the lead to just one on a 35 yarder by Casey Legg. The Hokies proceed to go 3 and out and allow the mountaineers to score a touchdown just before the close of the half.

Going into the 3rd Quarter, the Hokies went on to go 3 and out and Allow the Mountaineers to kick a field goal and extend their lead to 9. The Hokies then kicked a field goal of their own to close the score to 6 once again. The Hokies completely collapsed on the next drive which carried into the fourth quarter, with 2 penalties that gave up first downs on 3rd and 4th downs that were not converted. These penalties lead into a WVU touchdown, making the score 23-10, Mountaineers lead.

Entering the 4th, the Hokies had very little hope remaining after their offense goes on to punt once again, allowing another WVU field goal, their 4th of the night. The Hokies had once more opportunity to close the gap and make for another legendary game between these 2, but QB Grant Wells threw an interception that ended up being returned for an interception. 33-10 would end up being the final score for the game.

The best part about this game for the Hokies was the fact that we saw a strong ability to move the ball through the air for the first time this season (excluding Wofford, a significantly inferior opponent). The feature of Christian Moss in this game made a big difference for the Hokies offense in the early portions of the game. In the first half, we saw Grant Wells go 12/19 with 123 yards through the air. This by far is the best we have seen Wells do against competent competition so far this season. This can really go to show how good of a quarterback Wells could come to be in the future for this program.

More good to look at in this game is that the defense looked stellar against an incredible offense, especially in the red zone, only allowing the Mountaineers 1 touchdown and holding them to 4 field goals along with a forced fumble when they got into scoring range. We saw another great game in the trenches from Dax Hollifield and other linebackers.

While there was some good to look at in this game, there is also the bad, and the list runs much longer than the good. To start, following a stellar first half defensive performance, our defense looked lackluster until the Mountaineers were able to get into the redzone, where we were able to consistently hold them to 3. We allowed over 200 yards rushing with a 4.7 YPC clip against the rushing attack. True Freshman running back CJ Donaldson looked like a veteraned All American running back for the Mountaineers, and we just could not seem to find any type of answer for him.

More that we cannot look forward to is the coverage along with the pass rush, which go hand in hand. The pass rush was constantly slow to get to the Quarterback and we only achieved 1 sack and 0 QB Hurries. The pass rush, or lack there of for a better term, allowed coverage to break down because receivers had all the time in the world to find holes in a zone coverage and exploit them for large chunk plays.

The offensive line is pathetic. The hokies ran the ball 18 times for a total of 35 yards (1.9 YPC). As a team who has made it clear that their goal is to run the ball, that is not what was needed in order to win a football game. The WVU line seemed to get a push on nearly every play and meet our running backs either at the line of scrimmage or within 2 yards on either side. While Wells was only brought down once, he was hurried 5 times, one of which cost the Hokies a wide open touchdown on the drive that ended up as a turnover on downs.

Overall, this team has a lot of things that we need to work on. A 6-6 season would be acceptable from this coaching staff in year one. This is a rebuilding year and there is just a general lack of talent on this team to be able to win many football games. The Hokies face the UNC Tarheels next week.

Listen to the Hokie Confidential Podcast on Spotify at https://open.spotify.com/show/4vRMhHIOKW2Qu3C1rid4WL?si=b95713f9a5054e94