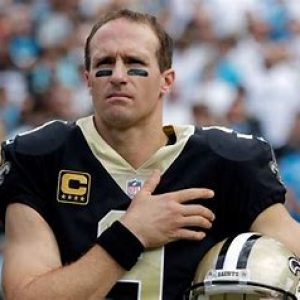 Why the Bills Are the Best Team in the NFL

Get excited Bills fans, Buffalo hasn’t had a football team this good since Jim Kelly was their quarterback, and maybe even earlier.

The Buffalo Bills season ended in the AFC Championship last season. They came into 2021 with expectations as high as anyone in the league. In week 1, the Bills were outplayed in the second half to lose 23-16 to the underdog Pittsburgh Steelers. This disappointed start allowed the Bills to sneak a bit under the radar the next few games. This early season loss could be the reason not many people are talking about the historic beginning to the season this defense has had. The Bills beat the Miami Dolphins by a score of 35-0. Two weeks later, they defeated the Houston Texans 40-0. This marks the first time since the 2009 Jets that a team has had multiple 35+ point shutouts in one season… and the Bills did in four games. The only other teams to have two shutouts in the first four weeks, of any kind, were the 2000 Ravens and the 1991 Redskins. Both these teams are considered to have all-time great defenses.

Yes, I know, Buffalo didn’t exactly play the ’07 Patriots to start the season. But let me make it clear, NFL teams do not just shutout each other, and to do it twice makes it that much more unlikely. Yes, Miami and Houston are bottom feeders, but they are NFL teams who got completely dominated in every facet of the game.

I’m not a guy to only look at scores to determine the performance of a team. Of course, this Bills defense has a lot more than shutouts to prove they are a force to be reckoned with. The Bills are currently first in pass defense, 4th in rush defense, and first in total defense, by a lot. To add to this, they lead the league in takeaways with 11.

This defense is performing like a unit. An astonishing 8 players have 10+ solo tackles. 9 players have recorded a sack and 6 players an interception. Each aspect of this defense is playing to the best of its ability because they are playing as a team. A lot of credit needs to be given to head coach Sean McDermott, who turned a below average D to a superpower in just two years.

The difference between this team and the 2020 AFC runner-ups is indeed this defense, but we can’t ignore the efficiency of this offense.

Buffalo has gathered a reputation from last year as one of the best offenses in the NFL, and nothing changed this year. It all starts with the most important position in sports, the quarterback. The Bills happen to roster one of the best in the league. Josh Allen was an MVP candidate last season, and despite not putting up the same numbers, has still been incredible. With over 1,000 yards passing, 9 TD – 2 INT along with 129 yards rushing with a TD, Allen’s impact can be seen in his ability to make his teammates better. NFL teams, very wisely, is prioritizing the defense of the Allen-Diggs connection as well as the QB’s scrambling ability. Because of this, as well as a offensive line performing as good as ever, the Bills running backs have had more opportunity than they’re used to. Devin Singletary is having a career year with 5.2 YPC. Zack Moss is finally starting to live up to his potential as he leads the team in rushing TDs. Speaking of, TE Dawson Knox leads the team in receiving TDs as he emerges as Allen’s favorite red zone target. I remember a couple years ago when people called Knox the next star TE. The truth is, the Bills offense was too one dimensional back then to get the ball to everyone on the team. This 2021 Bills offense is better than it was last year.

The Bills play the team that eliminated them from the playoffs last season. The Kansas City Chiefs have had a rough start to the season at 2-2, but they are still one of the leagues prime Super Bowl contenders. The consensus best offense in the league will be a great test for this Bills D. While people continue to underrate them, I’m going to put it out there that I don’t think the Buffalo Bills are going to lose a game this season, without resting their starters. This includes this week in Kansas City, where I think Buffalo will send the Chiefs to a losing record in humiliating fashion.