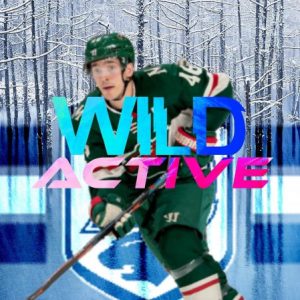 The Minnesota Wild are a playoff contending team, and many thought that before the deadline. Keep reading to find out if the Wild made a splash by swimming or stayed quiet through Monday.

First of all, the Wild acquired Forward Tyson Jost from the Colorado Avalanche in exchange for Forward Nico Sturm on March 15. Sturm is two years older than Jost, Josh is 24 while Sturm is 26. Jost put up 14 points in 59 games with Colorado, while Sturm put up 36 points in 111 games with Minnesota. I feel as if Minnesota won the trade die to the young potential that Jost has, even if he is only 2 years younger, but it makes a difference in a sport as physical as ice hockey.

Then on March 19, the Wild traded a 2023 pick in the NHL Draft to the Anaheim Ducks in exchange for Forward Nicolas Deslauriers. I feel like the Wild gained some enforcement with Jost, Foligno, and Dumba being the Wild’s current enforcers, they will all get along pretty well and give the Wild some depth.

On March 21, the Wild traded Jack McBain’s rights to the Arizona Coyotes in exchange for a 2022 pick in the NHL Draft. I feel as if this was a bad idea on Bill Guerin’s part die to the fact that we need good players, especially forwards. Good scoring forwards are what the Wild need in the future. It is what the Wild need to build playoff contending teams.

Again on March 21, the Wild traded Goalie Kaapo Kahkonen for Defenseman Jacob Middleton, but Middleton does add some enforcement and defensive skills to the team. This was also a bad move as I felt that Kahkonen had more of a bright future in Minnesota than Talbot does.

Again on March 21, the Wild traded a Conditional 2nd Round pick to the Chicago Blackhawks for Marc-Andre Fleury. This was an unexpected trade because the Wild were originally on Fleury’s no trade list, but waived it yesterday and was traded this morning to the Wild , Fleury has 19 wins in 45 games played this season. The reason for that is Chicago’s poor defense.

Next after the trade deadline was over, the Wild traded Victor Rask to the Seattle Kraken for future considerations. Risk has played for the Wild’s AHL team in Iowa for the past 3 weeks after clearing waivers due to younger players acquiring permanent spots on Minnesota’s roster.

That is my opinion on the Wild trade deadline acquisitions, let me know what you think.